There’s no ingratitude like the ingratitude of a chicken when you specially prepare a meal for it.

Still I can always make some soup!

When someone says they are not in denial,

I never know whether to believe them… 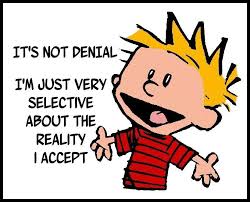 for an angry feminist? 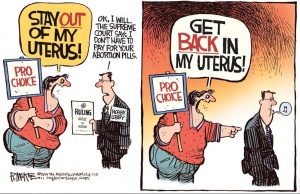 I wouldn’t really call her my girlfriend. 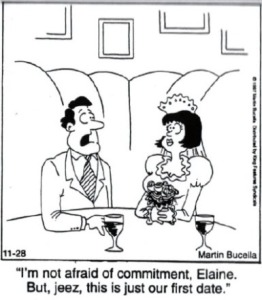 I haven’t slept for ten days,

because that would be too long. 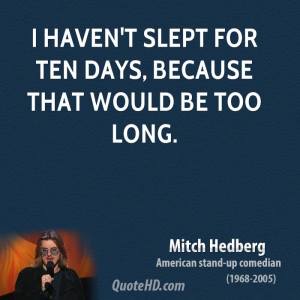 I can’t hold my breath for more than 30 seconds. 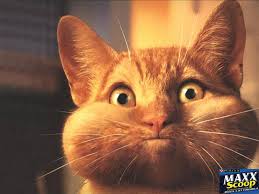 I once went out with a girl called simile,

I don’t know what I metaphor. 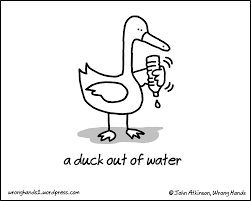 The grenade factory is the one place

where being able to hear a pin drop

is a bad thing 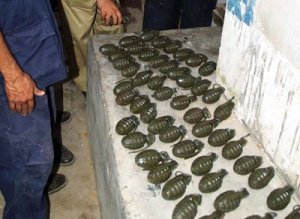 I had a camera but,

whenever I photographed people,

they came out looking bald-headed…

it was then I realized that

I was using Kojak film. 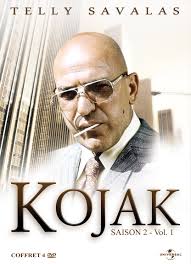 Are Dementia and Alzheimers

or are they one and the same thing?

I can never remember. 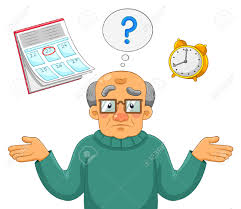 walks into a massage parlour and

asks if they are willing to provide sexual services.

My Grandad’s so old

when X Factor was

My girlfriend told me that

is getting out of hand,

but I won’t back down on this one.

Another foray into the hidden shallows of the human mind as shown by the answers some hapless contestants have given on television and radio quiz shows.

Marvel at the stupidity.

Q: Name something you might buy that could turn out to be phony 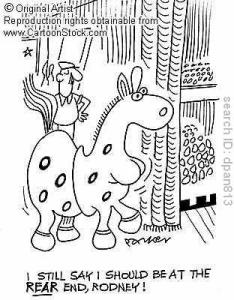 Q: Name something that dries up as it gets old 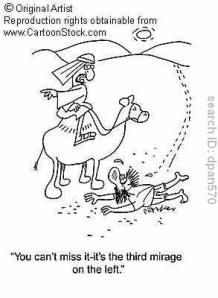 Q: The one thing that the people living near you have that you want

A: A beautiful wife 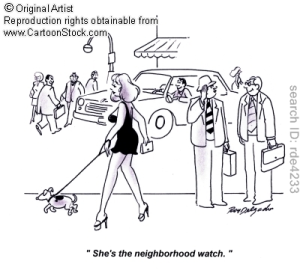 Q: Name something most women wouldn’t be caught leaving the house without 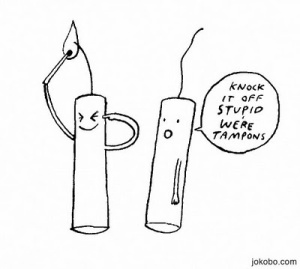 Q: Name a body part that gets bigger as people get older 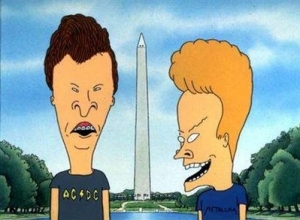 Q: Name a foreign country people vacation in where it would be easy to pack on 10 pounds. 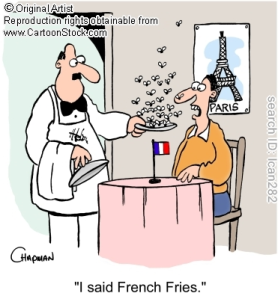 Q: Which one of the seven dwarfs you most often feel like

Q: Name a question you hate when people ask it to you 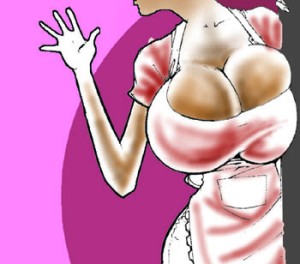 Q: The hardest position to play on a baseball team 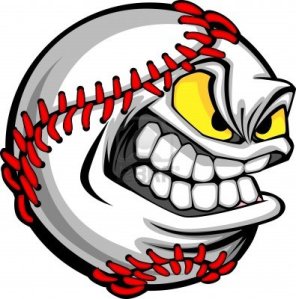 Q: Name a city in the state of Georgia 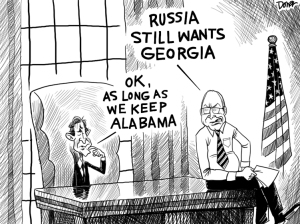 Q: An excuse you use when stopped for speeding 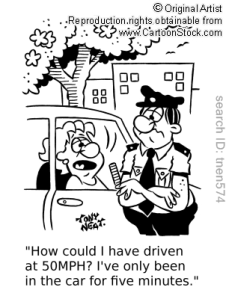 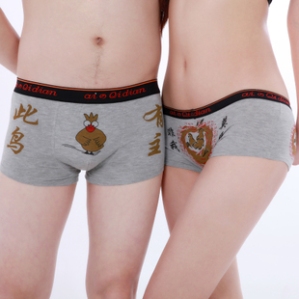 Q: Name something you would buy in a stationery store 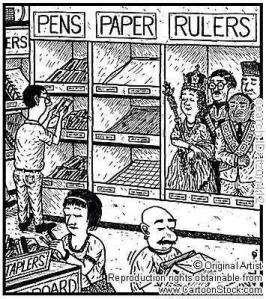 Q: Name a question that a gentleman would never ask a lady on a first date

A: “What color underwear do you wear?” 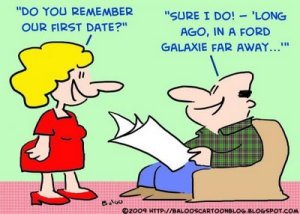 Q: Name a fruit beginning with the letter A 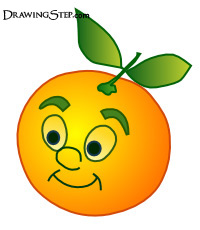 “I’ll never forget what’s his name,” is something I have a habit of saying. I’ve always had a good memory and recall for most things, particularly numbers, but sometimes I’m terrible with names. I can be trying to hold a sensible conversation with someone, usually someone who I haven’t seen for a long time, and while I know their face perfectly, can I remember the name! It makes for awkward times and sometimes amusing ones as well.

I hope it doesn’t get any worse as I get older! I’d hate to end my days with “oul timers” as we call it in our family, my aunt having been so afflicted for a few years before her passing.

But like all adversities there are the funny sides.

Here’s a report from an old issue of the Southland Times in New Zealand that I thought was amusing.

The police were called to the Whangarei ward at the Aged Care Centre in Kaikohe, New Zealand, because a fight had broken out.

When they arrived, they could see that the two elderly protagonists had been involved in a mighty punch-up. Both were covered in blood, their clothes were torn, one had a broken nose and half his hair ripped out, and the other had a broken arm and a hypodermic needle stuck in his penis.

Furniture and equipment had been smashed flat, beds had been overturned, and the other patients on the ward were terrified.

When the matter came to court, Police Sergeant Maurice Loveridge reported as follows:

“…. the fight took place in a ward full of elderly Alzheimer’s patients, and it has gradually become clear that nobody can remember what happened, or who was responsible.

One patient keeps repeating the phrase ‘we ought to have more manure’, but frankly this gives us no clue.

The two accused men do not recognise each other, nor do the other patients, and the ones who initially reported the incident to us had forgotten that there even was a fight by the time we tried to question them.

Therefore, because nobody can now recall the incident, the Police Prosecution Department has reluctantly decided to withdraw the case against both men.”

These aren’t the same old boys as in the New Zealand fracas, but they’re the best I could come up with. They made me laugh.

This week seems to be turning into a bit of a tribute week. Yesterday I paid tribute to Stephen Pile who was the worst founder of a club ever! Today I would like to take a little time to pay my tribute to Mr Harry Meadows.

I’ll come back to Harry in a moment. First a general comment. Old folk are peculiar at times. As I get older myself I understand more and more why. But despite my tolerance level for idiots heading inexorably towards zero, I’d like to think that even in my later years, if I am spared, I would retain my sense of humor. I would hate to just become another miserable old ‘git’.

Speaking of which, when one of my aunts died a lot of years ago, I was helping to make the funeral arrangements, part of which involved organizing the undertaker. When he arrived at the Nursing Home she had been staying in to do his thing I noticed that he was in a van and not a hearse.

Always curious, I asked him why this was the case. “Oh dear,” he said. “You have no idea. We were forced to buy the van for coming to places like this. If we arrived here in the hearse it caused so much distress and panic amongst the residents who all thought their time had come and we were there for them that the Home owners all demanded that we get a different form of transport or lose the business.” So now you know.

Back to Harry Meadows.

I have no doubt that most, if not all, of you will never have heard of Harry. He wasn’t a famous man, didn’t invent anything special, wasn’t a public personality, in fact he was just an ordinary person like the rest of us.

Except one thing he did have in common with me at any rate was a sense of humor, and one that was right on the edge.

Harry was a resident at an old peoples’ home in the 1960s. It was called the Haslemere Home for the Elderly and it was located in Great Yarmouth in Britain. Haslemere, at that time anyway, had the largest elderly population in the country.

The Home had first hit the headlines in September 1960, when another of the residents, 81 years young Gladys Elton, decided it would be good fun and would break the monotony of the place if she performed a striptease, which she duly did.

Unfortunately Gladys must have been hot stuff, too hot in fact, because the excitement she generated with her performance was too much for one of the male residents who as a result died of cardiac arrest. Five more of the inmates of the Home also had to be treated for shock.

Old Gladys must have been quite a ‘goer’!

So what about Harry Meadows?

Well Harry didn’t take part in the striptease, but the following year, in 1961, Harry who at the time was 87 years old, thought it would be funny if he dressed up as the Grim Reaper. He duly did so and then from outside the Home, peered through the windows complete with a scythe in hand.

Unfortunately Harry had an even bigger effect on the inmates than Gladys. This time three of them died of shock at seeing the Grim Reaper outside their window!

The Home was subsequently closed. I don’t know what happened to Harry.

Is this tragic or funny? To me it’s funny that it happened and tragic that there are not more people in the world like Gladys and Harry. 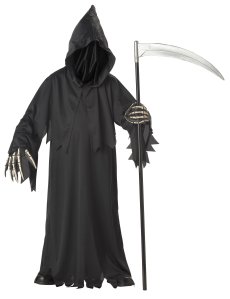