“Fight Against Stupidity And Bureaucracy” .

Thanks for dropping by my blog this Christmas week.

If you are a regular visitor thank you for you continued support throughout the year.

A bit of a change from the usual offerings this week.

A musical treat in fact.

Here are a few Christmas Classics from bygone years. I hope you have time to listen to and enjoy them all, but even if you just want to try a few I think there will be something in this selection that you’ll like no matter what your musical tastes may be.

A Very Merry Christmas to everyone.

And, of course, enjoy the music! 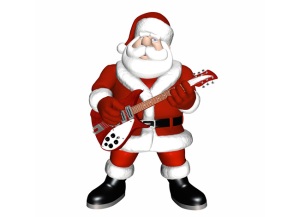 Mariah Carey – All I Want For Christmas Is You

B. B. King – Merry Christmas Baby

Wizzard – I Wish It Could Be Christmas Every Day

Michael Buble – It’s Beginning To Look A Lot Like Christmas

Today was originally scheduled for the latest part in the short series about the curious and amusing phobias some people seem to have. But it’s a holiday week for most of us and I have put that post back until next week.

Instead I feel the urge to say something else. Two things actually.

First one is, have you heard of the herd? In particular the herd mentality, where people do something they have no need to do just because other people are doing it?

It happens a lot. Far too much in fact.

We witnessed it during the recent election campaign where people formed opinions not on the basis of their own analysis of the candidates and policies, but because of something someone else said or something they heard on tv.

We saw it again very recently after the dreadful murders in Connecticut where the unthinking herd ignored the real problem and  jumped on gun control as a solution to senseless attacks such as this. They might as well call for a ban on knives, axes, chainsaws, bows and arrows and gasoline when they are at it as any of these could do the same job in the hands of a mental defective.

And on December 24 we witnessed another example in grocery stores throughout the country (throughout the world even) as hoards of the unthinking joined the herd and bought up bread and food supplies like the shops would not be open again for at least a month. They are open again today you dummies!

These three examples have been going on for years and people never seem to learn, they just keep on following the herd without a thought in their heads.

And this leads me on to point two which is how little thought most of us give to what we are doing and what we are buying the already well off and pampered.

I know for a fact that Santa had orders for laptops and ipads and iphones and all sorts of other expensive playthings. And I also know that he hadn’t the sense to say no, but just bought them anyway. Mea culpa as much as anyone.

Then I got to thinking that life was a lot different when I was a kid. Yes we liked to get presents at Christmas, but they were a lot less sophisticated and a lot less expensive – even in relative terms. When I was eight, for example, I didn’t need a smart phone, or any phone come to think of it, nor was my social life so complicated and hectic that I had to have a chauffeur for all my must-do activities for every day of the week.

When I was a kid we had our toys, but we also had a thing called an imagination and we could make our own fun out of very little.

So what is the problem today? Why are kids so incapable of making their own entertainment? Why are they constantly “bored” without clicking a button on a computer consol or without someone else to do their thinking for them?

Like a lot of other things, it all boils down to money at the end of the day. Now I’m not advocating poverty as a solution to the world’s ills. Far from it. I like to make money, the more the better, and the thought of being, perhaps not rich, but comfortably well off is a very nice one. But if we had to we could all make do with a lot less. And I don’t think we would be any less happier in the process.

People in other countries seem to manage quite well. And they still seem to have the mental capacity to enjoy what little they have and make their fun out of next to nothing. In other words they are happy. If things do ever deteriorate to the extent that some of the doomsday preachers are telling us, there are a lot better prepared people in the world than there are in rich countries like America, or Britain, or Germany, etc.

Think about giving your kid or nephew or niece an old oil drum from the local garbage dump next Christmas instead of an ipod touch or some other overly expensive apple. I wonder how much music and entertainment they could get out of that?

Check out the video and you will see what I mean…

I’ve been feeling a little bit guilty ever since I inflicted Mrs Miller upon you (sorry about that, but click here if you don’t know what I am talking about or, and this is unlikely, you want to hear her again – Mrs Miller).

So to help to redeem myself here is a little musical interlude for the weekend. Not the typical selection – we don’t do typical selections on the fasab blog – but nothing as bad a Mrs Miller. In fact, although unusual, some of it is pretty good.

I hope you enjoy.

And finally, one for you Frank

I’m sure not many of you will have heard of the Missouri Mass Murderer, but that’s probably because I just made it up to get a catchy title for this blog post.

Nevertheless there was such a person and she could even be described as a serial killer such was the number of her victims.

Born in Joplin, Missouri, her name was Elva Ruby Connes Miller and she murdered some of the best songs ever written. In fact she tortured some of them to death in the most horrific manner.

Despite having studied music, voice, and composition at Pomona College, the woman could not sing. She had not a note in her body. Tone deaf does not even begin to describe it. Shrill, out of key, horrendous vibrato when completely uncalled for. You name a wrong way of doing it and she did it. It was carnage.

Curiously, sometimes when someone does something particularly badly it turns out to be something you have to look at, or in this case listen to. And when you hear one song, you need to hear another just to make sure she was as bad as you thought.

Not surprisingly Mrs Miller had to self finance her first recordings but was eventually featured by KMPC disc jockey (and later Laugh-In announcer) Gary Owens on his radio program. Around the same time, 1960, she also appeared on a limited-run album of his comedy routines. Owens can therefore be blamed – sorry, credited – as the person who first discovered her.

Astonishingly Miller was signed to Capitol Records by Lex de Azevedo, a young up-and-coming producer at the label, although nowadays he apparently does not care to discuss his involvement with Miller!

Equally astonishingly, her first LP, ironically titled “Mrs. Miller’s Greatest Hits”, appeared in 1966 and sold over 250,000 copies in its first three weeks! She sang for US servicemen in Vietnam (they should probably have got her to sing to the Viet Cong), performed at the Hollywood Bowl, guest starred on numerous television shows, and appeared in Roddy McDowall’s film The Cool Ones.

But her fame was short-lived. Interest in Miller soon waned. She was dropped by Capitol and, in 1968, and released her final album, “Mrs. Miller Does Her Thing”, on the Amaret label. She later issued several singles on her own Vibrato Records label, then retired from singing in the early 1970s. She died in 1997 in Garden Terrace Retirement Center, in Vista, California.

A friend of mine introduced me to Mrs Miller’s noise (I won’t dignify it by calling it music) a few years ago when he gave me a CD of her greatest hits.

But bad as it certainly is, I have put it to good use over the years. I like to take it to other people’s houses, or when we are in the car. I “big” up this great singer I have discovered, pop the CD into the player and then watch the utter confusion and dismay on their faces as they listen to what Mrs Miller has to offer.

Below are a few examples of her crimes. Tunes you may be familiar with “A Groovy Kind Of Love”, The Girl From Ipanema”, “Let’s Hang On”, Strangers In The Night”, “A Hard Days Night”, “Downtown”, and “These Boots Are Made For Walkin”. There are others on youtube.com if you get hooked, just do a search for Mrs Miller.

I usually say “Enjoy” at this point in my posts. However, today I do not think it is appropriate. Although I should perhaps add the disclaimer that, if you are of a sensitive nature you may find the following upsetting.

A Groovy Kind Of Love

The Girl From Ipanema

Strangers In The Night

These Boots Are Made For Walkin