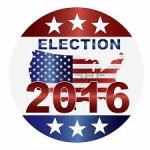 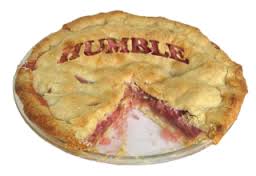 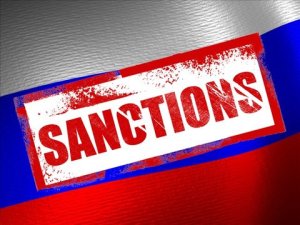 I wrote a short post the other day on the subject of failure. I think it was a success 🙂

What hasn’t been a success, however, is America’s foreign policy. I’ve also written about this many times in the past. I find it very annoying that a country as great as America and with so many brilliant people within it can neither elect a smart politician, or even a not so smart politician but one who has enough brains to hire smart advisers.

The current President, Barack Obama, has continued the trend of failure. Particularly with regard to foreign policy, at which he has not only failed but added indecision and procrastination to the mix.

The examples are many, but the latest foreign policy debacle is the leading role America has taken in the imposition of sanctions against Russia. Sanctions that may have been aimed against Russia but which are already starting to backfire against the US.

I noted in another post that sanctions have been imposed in regard to Russian oil and natural gas, which Europe (particularly Germany and France) needs, but America doesn’t; but that the sanctions were not imposed on nuclear fuels, which America does need.

Believe me, the hypocrisy of that has not been lost on the European governments or its public.

And the hypocrisy does not end there. 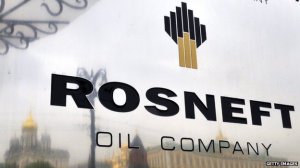 On the one hand there have been hyped up media statements telling everyone that Rosneft, Russia’s largest oil company, and its head Igor Sechin, have been targeted in the sanctions.

But what hasn’t been trumpeted so loudly is the fact that British oil company BP, owns almost 20% of Rosneft, and has confirmed that it would not be severing ties with the Russian firm.

Similarly, Norway’s Statoil is continuing its partnership with Rosneft to search for oil in the Norwegian section of the Barents Sea.

And France’s major oil and gas company, Total, has announced that it is seeking financing for its next gas project in –  where else? –  Russia. When they get that financing, amounting to something in the region of $27 billion, it will be in Roubles or maybe even Yuan, but certainly not in US dollars – again thanks to the ill thought out sanctions.

This will set a trend for similar deals that will also exclude the US dollar, inevitably lowering its standing as the world’s reserve currency. I expect more such deals to be done with the Russians by German companies in particular as the sanctions fail to bring the promised results and as a consequence start to fall apart.

But it gets worse.

Before any of the US Senators or Congressmen stand up and start to call names at the Brits or the Norwegians or the French for backtracking on sanctions, they would be better to take a look nearer home.

It now seems that American Companies are not paying attention to the sanctions either.

If the sanctions were anything more than a bit of public posturing by Obama, ExxonMobil shouldn’t (and wouldn’t) be doing any more work with the Russians in Russia. But using the excuse that it is environmentally safer to complete the well than to allow the Russians to do it alone, ExxonMobil got permission to continue.

No doubt the company will express its gratitude when the next round of electioneering fund raising comes along! (Gosh, I’m such a cynic!)

Now, if Obama and his advisers had thought for a moment about the consequences of sanctions, they would have realized that, in cases like this, companies such as ExxonMobile had not really got a choice. If they hadn’t continued to work with Rozneft, the Russian company would simply have gone ahead without them with a consequent dilution of ExxonMobile’s return if/when the well is a success.

In addition to that, if the Russian company did need other help you can be sure there would have been a Chinese energy company there ready and willing and eager to take up the slack.

Whilst Obama and his predecessors have been blundering around the world pissing off friend and foe alike, the strategy of the Russian President has been to cultivate new friends and thereby new markets and customers for his country’s vast energy reserves.

It has been a clever move.

Sanctions or not, game to Putin this time I think. 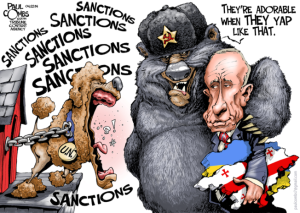 Anyone who has been following this story that I posted about a few days ago, (here if you missed it), will know that the European Union bureaucrats made an attempt to steal the savings of the Cypriot people right out of their bank accounts.

With at least one eye on their chances of being re-elected, the Cypriot parliament rejected the proposal out of hand. The proper thing to do no doubt, but there is also no doubt that this will not be the end of it. Indeed the fallout continues.

Look out for more attempts by these governments to steal your money, whether it be in the form of savings in the bank, government bonds, stocks or in pension plans. Nothing is safe from the clutches of these thieves.

The goings on in Cyprus has already proven their intent and alarm bells have begun to sound among those who are awake and paying attention. The bureaucrats’ attempted money grab has already sparked off suspicion and panic throughout Europe and elsewhere as to the amount of trust people can have in their governments.

Even among the financially stronger nations the trend is clear. In Germany, for example, a recent opinion poll showed that the majority of Germans do not trust their leader, Merkel’s, pronouncements that their money is safe in a bank.

Throughout Europe those who can are moving their money to offshore locations away from the thieving hands of their own governments. Big corporations, including US corporations, are doing the same. It has already happened in Ireland and Spain and France and, to a lesser extent, in the UK too.

What a sad commentary on how these stupid politicians and bureaucrats have mismanaged our affairs.

Will it hit America as well?

That depends just how stupid the political administration in Washington really is – which is perhaps a kind way of saying, please err on the side of caution if you are an American citizen.

The $ as a currency will probably be okay for a while, despite the humongous debt that Obama is piling up, but eventually it will become impossible to print their way out of trouble.

All those highly paid morons and herd followers called ‘money managers’ who work for the various funds that you entrust your savings and pensions to, and who do little more than buy up T-Bills with it, may find that their strategy is going to backfire. Like the banksters, however, they will still charge you a fee for looking after your money whether they invest it wisely or lose it all.

But whilst the bureaucrats will never be able to figure out how to run an economy – their, “take more and more taxes out of less and less income” strategy will never add up – eventually the penny will drop with the good citizens and they will waken up and realize they have been completely shafted by incompetent politicians and greedy banksters.

Then the brown stuff will hit the fan – big time – and people will get real mad. And then the powers that be will have no choice but to turn on their own citizens if they are to cling to power. Preparations for this started under Bush and now Obama has added even more legislation to make this possible.

It is a rather bleak scenario, particularly for those who choose to ignore what is happening around them. But whether it happens in one year or another five, if the politicians and bureaucrats do not wise up – and their is little sign of them doing that especially when they have yet to realize how incompetent they are – it will happen.

So start to think seriously about your own circumstances and what you can do to protect what you have from thieving governments. Or just settle down and get another 40 winks assured in the knowledge that those in Washington, Brussels, London and Berlin know what they’re doing.