Hi folks. Hope you are all keeping well. I’ve missed you. Hope you can say the same.

I’m back, sort of. I had a sudden enforced blogging break thrust upon me when I received an SOS from a good friend of mine. His company was in need of help. 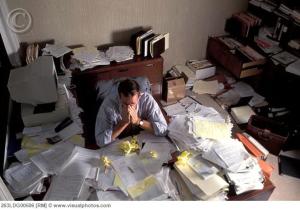 I thought at the time that it would be a two week job at most, but when he said he was in trouble he wasn’t kidding. We’re still not done, but at least now things are looking a little bit better.

I’m in “Yurp” right now, watching the refugees take over. More of that in a future post perhaps. In the meantime take Trump’s advice a close your borders or you’ll end up like this place. 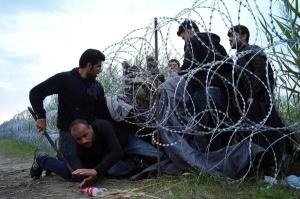 I could have done some blogging when I was travelling around, I certainly had plenty of time at airports, in between flights and wading through the dumbest security checks you could imagine, but I wanted to take a bit of time to prepare my next post. Hopefuly I’ll get to it next week.

Meantime, if you can believe WP stats, this blog has whizzed through the 200,000 views landmark without me and there are actually MORE daily hits now than when I was blogging almost every day.

Do you think the world is trying to tell me something?

Maybe I should stay away?

Actually I don’t know whether to be pleased that I have created something with a life of it’s own or dismayed that I’m not really needed.

Now in an effort to get some of my dignity back I think I will indulge in a quick gloat.

This is not going to be pretty so feel free to skip over this bit if you haven’t got a strong stomach.

I’m having a laugh at the stupidty of the Fed again and the dumb financial journalists and fund managers who hang on their every word despite a mountain of evidence that should lead them to do otherwise. 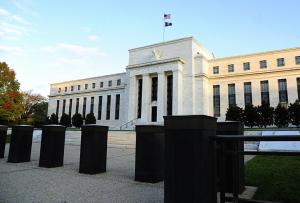 The Fed has wimped out AGAIN. Lost their nerve. Promised and hinted and leaked stories to the financial press for months that an interest rate rise was imminent – and then they bottled out.

No surprise to me. At the beginning of May I wrote a post explaining why they wouldn’t put up interests despite all the pifle they were saying. (if you want to read it  click here.)

Then in mid-June I did another one ( click here for that one), saying there was no way the Fed could make good on their threats to raise the rate in September.

Of course nobody listened and the meeting on Thursday was one of the most anticipated Fed meetings of all time. And it all came to nothing. No interest rate hike.

And I don’t think they’ll do it next time either. There’s talk about December, but as far as I see the Fed’s hands are tied and rates are going to remain at zero or close to it for years.

Good news for borrowers. Not so good for savers with all the traditional yield opportunities such as bonds, Treasuries and bank CDs offering little or no returns. If you have cash to invest you should be looking at solid low risk undervalued stocks with a decent dividend. Otherwise your savings will be eroded by inflation for at least another year, proably longer.

Having said that, no rate hike is on balance good for the economy as a whole.

That will do for the gloating for now. Not sure when the next post will be exactly. Hopefully next week so if you’re interested keep a look out for that.

Meantime warmest regards to everyone who visits – even when I’m not around.