Unfortunately most of the stories we never get to hear about, but occasionally we do.

Like this one, which must rank as one of the dumbest ever!

It happened in a place called Mullins, SC. The perpetrator, or would-be perpetrator, was a ‘genius’ called Laquain Deshawn Guy and he had the idea that he would rob an Arby’s fast food restaurant. 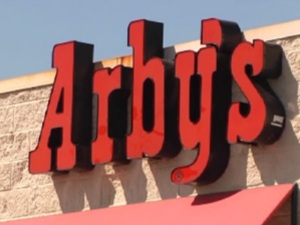 Lots of cash in there, he thought, not considering that most of the takings would be banked at the end of business.

That was his first mistake.

His second was failing to break into the restaurant using either a back door or a window.

No, this genius had a better idea.

He thought he would climb on to the roof of the building and gain entrance through the ventilation shaft. That is the story told by Captain Joe Graham with the Mullins police and I see no reason at all to doubt him.

The main reason being that criminal mastermind Laquain Deshawn Guy found to his surprise that he didn’t fit the ventilation shaft – and promptly wedged himself in there just as tight as he could.

The more he struggled the worse it got.

Man, was he stuck!

And he remained stuck for the next ten hours, until an Arby’s employee was opening the business Tuesday morning and he heard “noises”. I like to think that the noises were the farts being squeezed out of him as he got wedged in tighter and tighter, but nobody will confirm this.

The employee immediately called the police and that’s when they realized that the strange noises were coming from the very stuck Laquain still wedged inside the shaft.

Mullins Fire and Rescue eventually freed the idiot by cutting the ventilation pipe and pulling him through the roof, where he emerged dehydrated and with some muscle damage.

Crews then lowered him down and onto a stretcher and took him to hospital where he spent a few days before facing charges of Burglary Second Degree. 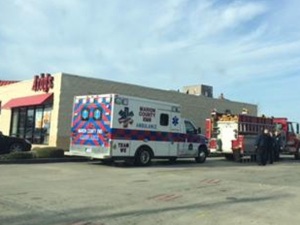