That’s good advice in the title by the way.

Now for some good word plays or puns.

What do you get if you cross

a mountain and a desert? 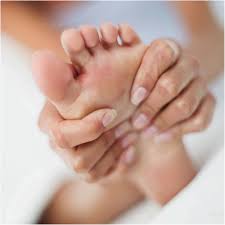 My girlfriend asked me,

“If you could have any super-power,

which one would you have?” 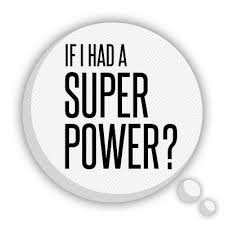 Education is important but

becoming a model is importanter. 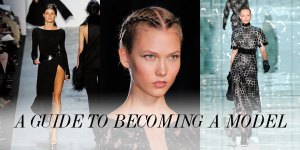 The key to being funny is

or was is it stupid things smartly? 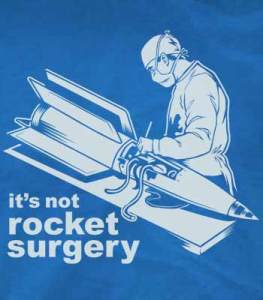 I used to see this girl across the road from me

but she closes her curtains now! 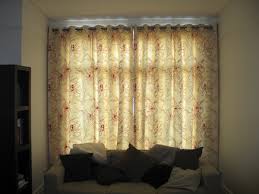 I often say to myself, 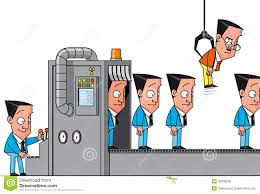 My friend and his wife are a fastidious couple.

He is fast and she is hideous.

(Or is it the other way round?) 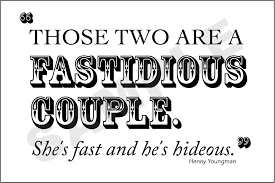 The instructions on my microwave meal

How tiring do they think stirring actually is? 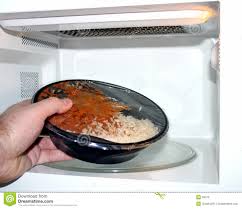 How to fall downstairs. 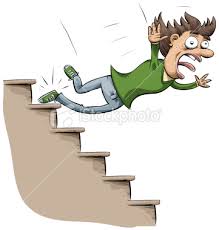 And so, with a heavy heart,

I explained to the wife that I’ve

got too much iron in my blood. 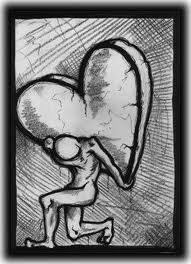 is the main cause of documentaries and stupid laws 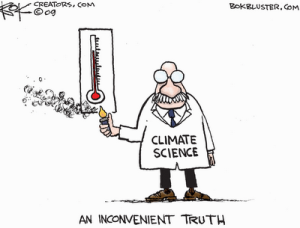 I believe a lot of conflict in the Wild West

could have been avoided completely if

cowboy architects had just made their

towns big enough for everyone.

“Fight Against Stupidity And Bureaucracy”
.

I did a short series a few months back about some of the stupid laws stupid politicians had made. They were quite funny and most of them dated back many years, they just hadn’t been taken off the statute books.

That excused the old laws, maybe.

But they are still at it even today!

But these are not normal times we are living in. America, and most of the western world, is in desperate trouble economically. We need help from our politicians.

Help to stimulate economic growth; help to make it easier to do business in and from the US; help to protect us from cheap inferior crap being imported that has destroyed local jobs and industries; help for entrepreneurs to establish new wealth generating businesses; and help from the socialist bureaucratic nightmare that is completely out of hand.

As regard the stupid laws, these days most of them center around ways that bankrupt governments, whether national or local, can think up to extract more and more from the people who elected them. 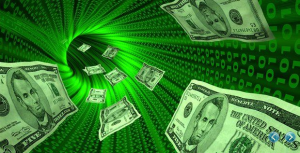 Currently US bureaucrats are frantically trying to think up another way to tax the internet. Previous attempts failed because of public outcry, but sooner or later they will do it and who will it help? Everybody who isn’t in business in America and the EU probably, because it won’t apply anywhere else!

The mantra of these idiot bureaucrats is to make America more productive and prosperous by making America less competitive and poorer. It sits nicely with their other mantra of solving economic woes by extracting more and more tax from less and less income. Neither works and never will. 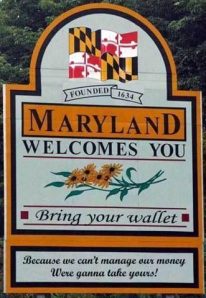 What prompted this rant?

Well only the unbelievable fact that the idiot politicians in Maryland have decided to tax rain.

Yes, you read it right, the idiot politicians in Maryland have decided to tax rain.

They call it by a fancy name, of course, the “Impervious Surfaces tax”, or ”storm water management fee”, but what it in effect does is to charge Maryland residents for rainwater that falls on their property.

Naturally, the bureaucrats are dressing up this latest money grab with the lie that it is for the benefit of the people. It’s bit like a pick pocket excusing his theft by saying he was relieving you of the burden of carrying your wallet around in your coat pocket. And it makes just as much sense!

Thankfully, however, there seems to be a few with a working brain left in local government. Anne Arundel County Executive Laura Neuman, for example, vetoed the tax proposal which unfortunately won’t kill it, but will give a little bit of breathing space.

But if the residents of Maryland are “chicken” enough to fall in line with this new tax – and so far it seems most of them have been dumb enough not to even notice it at all – then it won’t be the end of it. 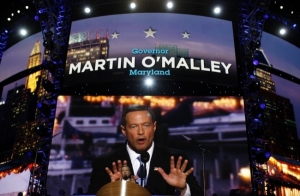 Democratic Maryland Gov. Martin O’Malley, who guided the passage of the storm water tax earlier this month, despite efforts from Republicans to dismantle the bill, has already been responsible for implementing 37 other taxes and fees since taking office — at a cost to residents estimated at somewhere in the region of $3.1 billion annually.

Does anyone really think an idiot like this is going to let the people have air and sunshine for free??? 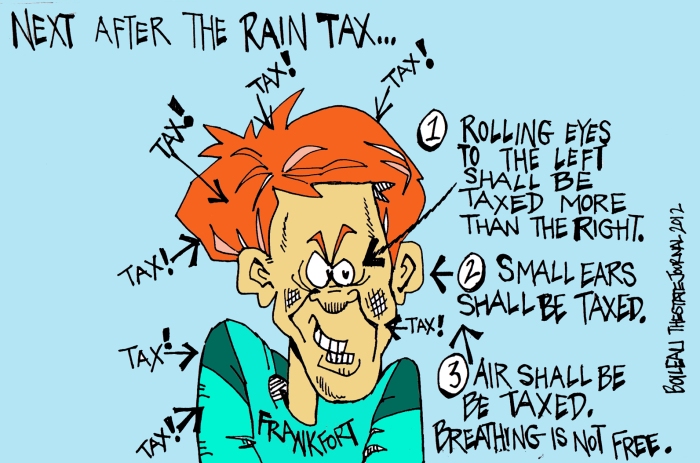 Today we have the third of my three-part series highlighting some of the stupid laws that have been made by the stupid politicians and bureaucrats that we have allowed into positions of power.

So here are some more of the lesser known laws that govern the good citizens in the United States (listed by state alphabetically, part 1 covered A to L, part 2 covered the M’s and N’s, this week it’s O to W.).

If you were ever in any doubt, let me assure you that when you elect morons to positions where they can legislate for the rest of us then you are assured that they will spend their time and our money making stupid laws, rules and regulations.

It happens in every country and in every state in every country. Such is the horrendous scale of the problem that I would be blogging forever if I tried to highlight worldwide stupidity, so as an example let’s look at some of the lesser known laws that govern citizens in the United States of America (I will list them state by state alphabetically. Part one today is A to L).

One of the things that this blog is supposed to do is highlight the stupidity of needlessly meddling bureaucracy.

I recently read a reprint of an article by New York Times writer Anand Giridharadas about  governmental meddling. It went like this:

“Say you want to start a home catering business in New York city. According to the city government, you’d need, among other things,

That’s a pretty formidable list; and it doesn’t even include state and federal registrations and compliance.

It’s just one small example. There are a similar host of needless rules and regulations in every industry whether it be construction, catering, or whatever. The stupid rules are enforced by equally stupid people. And it is crushing the life out of businesses.

Although a lot of the regulations you read about on the internet are not for real, nevertheless the European Union is notorious for passing idiotic and unnecessary legislation. And to be quite candid the US government is no better. It now has an “alphabet agency” for just about everything for no other reason in many cases other than to watch, track and tightly control virtually everything that we do.  In 1936, the Federal Register, which is the main source of regulations for U.S. government agencies consisted of about 2,600 pages; today, it is over 80,000 pages long and growing.

A recent article on a web site called businessinsider.com went on…

But it is not just the federal government that is ramming thousands of ridiculous regulations down our throats.  The truth is that in many cases state and local governments are far worse.  We have become a nation that is run and dominated by bureaucrats.  Yes, there always must be rules in a society, but we have gotten to the point where there are so many millions of rules that the game has become unplayable.

Here are a few examples. While you are reading them, just think about the warped minds that think up this stuff, but then also think about why we (the normal people) continue to tolerate this nonsense. And it is getting worse at an alarmingly accelerating rate.

They are more absurd than funny, but the last one might even throw a scare into you!

The state of Louisiana says that monks must be fully licensed as funeral directors and actually convert their monasteries into licensed funeral homes before they will be allowed to sell their handmade wooden caskets.

In the state of Massachusetts, all children in daycare centers are mandated by state law to brush their teeth after lunch.  In fact, the state even provides the fluoride toothpaste for the children.

Federal agents recently raided an Amish farm at 5am in the morning because they were selling “unauthorized” raw milk.

In Lake Elmo, Minnesota farmers can be fined $1000 and put in jail for 90 days for selling pumpkins or Christmas trees that are grown outside city limits.

A U.S. District Court judge slapped a $500 fine on Massachusetts fisherman Robert J. Eldridge for untangling a giant whale from his nets and setting it free.  So what was his crime?  Well, according to the court, Eldridge was supposed to call state authorities and wait for them do it.

In the state of Texas, it doesn’t matter how much formal interior design education you have – only individuals with government licenses may refer to themselves as “interior designers” or use the term “interior design” to describe their work.

Deeply hidden in the 2,409-page health reform bill passed by Congress was a new regulation that will require U.S. businesses to file millions more 1099s each year.  In fact, it is estimated that the average small business will now have to file 200 additional 1099s every single year.  Talk about a nightmare of red tape!  But don’t try to avoid this rule – it is being reported that the IRS has hired approximately 2,000 new auditors to audit as many of these 1099s as possible.

The city of Milwaukee, Wisconsin makes it incredibly difficult to go out of business. In order to close down a business, Milwaukee requires you to purchase an expensive license, you must submit a huge pile of paperwork to the city regarding the inventory you wish to sell off, and you must pay a fee based on the length of your “going out of business sale” plus a two dollar charge for every $1,000 worth of inventory that you are attempting to sell off.

The U.S. Food and Drug Administration is projecting that the food service industry will have to spend an additional 14 million hours every single year just to comply with new federal regulations that mandate that all vending machine operators and chain restaurants must label all products that they sell with a calorie count in a location visible to the consumer.

The city of Philadelphia now requires all bloggers to purchase a $300 business privilege license.  The city even went after one poor woman who had earned only $11 from her blog over the past two years.