Since the government and bureaucrats in the United States abandoned the business-friendly environment that made the country the greatest and wealthiest nation on earth, and replaced that with a legislative and wealth redistributing strategy that is anything but business-friendly, there has been a growing trend for successful companies to leave the US.

It should have been obvious – and indeed it was – to everyone but the morons in Washington. 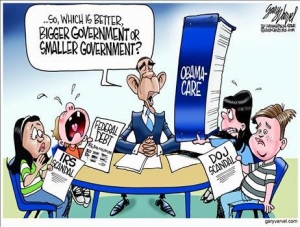 The latest to try to make a move out of the United States is the pharmaceutical giant AbbVie, currently based outside Chicago, Illinois, but not for much longer if they get their way.

Using a $53 billion acquisition of the Jersey-registered, Irish-headquartered global specialty biopharmaceutical company “Shire”, a deal that will allow Abbvie to reincorporate elsewhere, it plans to leave the high tax US for a more advantageous business environment.

By making this move and escaping United States tax rates, Abbvie will pay lower taxes on its international earnings, get access to overseas cash more cheaply, and be able to acquire other companies without making their earnings subject to United States taxes. 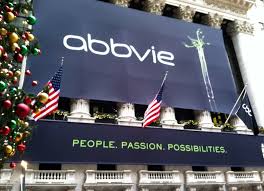 And Abbvie is not alone.

There has been a rush of companies wanting to get out of the United States. Health care companies in particular, such as Medtronic, Mylan, Actavis, Perrigo, Jazz Pharmaceuticals and Endo, have pursued these “inversion deals”, as they are called, with particular zeal.

The moral of the story is simply this.

When a country forgets what has made it great and instead turns into something quite the opposite, all the reasons for its greatness disappear. And the United States is doing this at a time when it is heavily in debt – the most indebted nation in the world by a long way.

The short-termism of trying to grab as much money as possible from companies and individuals will end in failure and disaster for all. People like Obama try to put a fancy misleading name on it and call it “wealth redistribution”. What it really is, is a major disincentive for anyone to want to set up and do business in the United States. 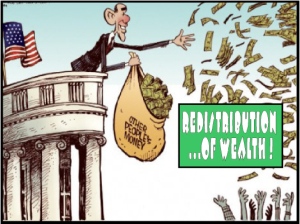 And as you would expect, the idiots in Washington aren’t scratching their heads and wondering why more and more companies are opting to leave the US. Instead the bureaucrats are trying to think of ways to make it illegal for companies like Abbvie to adopt this strategy.

Treasury Secretary Jacob J. Lew has already sent letters to senior members of Congress, encouraging them to pass legislation halting inversions. The legislation being considered by some lawmakers would be retroactive, and if passed, could impede AbbVie’s ability to reincorporate overseas. 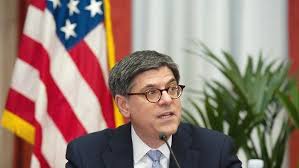 And proving that stupidity is a cross party phenomenon, on Thursday, Senator Orrin G. Hatch, the Utah Republican who is the ranking member of the Senate Finance Committee, responded to calls from the Obama administration to crack down on inversions by saying he supported a short-term fix, although he suggested that the administration’s initial proposal went too far. 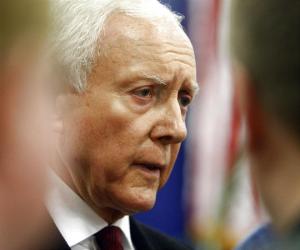 It seems fairly logical in my mind that the way to stop this growing exodus, which in the longer term will leave the US a lot poorer and a lot more of its citizens out of work, is to legislate to reduce tax bills, not increase them; to give businesses an incentive to invest and expand in the United States, not to drive them away; and to encourage entrepreneurs to relocate TO the US rather than scramble to get out.

Of course, that’s just in my head. All that is in the heads of the idiot bureaucrats in Washington is self-defeating rubbish like increase minimum wages, increase healthcare contributions, increase taxation, introduce capital controls, increase government bureaucracy so more debt is piled up and the USD$ weakens further, and of course start a few more wars to distract the people from the mess that is being made at home.

So, to pose the question in the title of this post again, why are the bureaucrats destroying what made America great?

Your guess is as good as mine, although while some obviously have malicious intent, I wouldn’t entirely rule out plain old stupidity!