Time for another selection of fascinating facts. How you use these is up to you, but some of them may well come in handy sometime.

Every year Alaska has about 5,000 earthquakes, 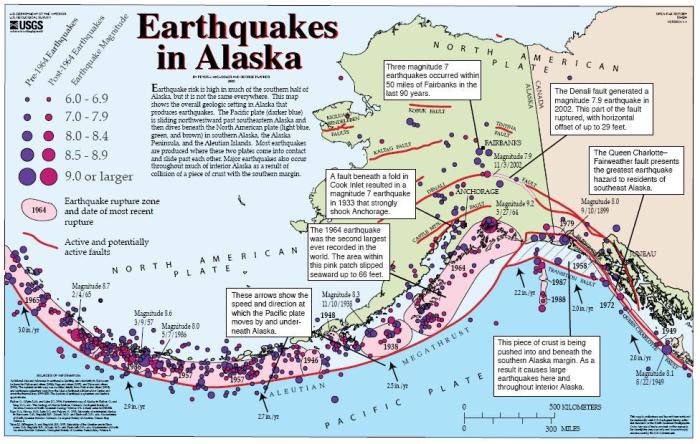 There are approximately 7,000 feathers on an eagle 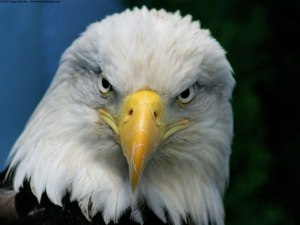 The average person changes their career every 13 years 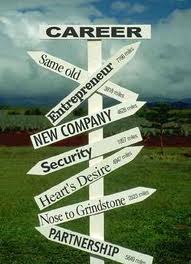 five times a day for an entire year

Scientists with high-speed cameras have discovered

that rain drops are not tear shaped

– make that 570 gallons of white paint 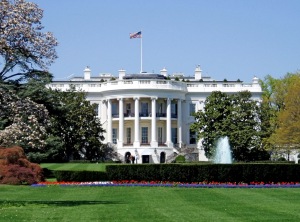 Tiger Woods is the first athlete to has been named

“Sportsman of the Year” 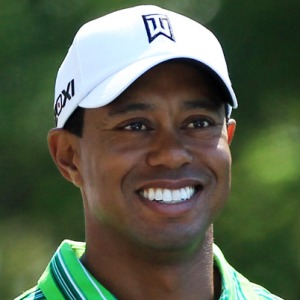 This dolls distinctive feature is a birth mark on her face

that changes position with every new release of the doll

In the Sahara Desert there is a town named Tidikelt,

which did not receive a drop of rain for ten years 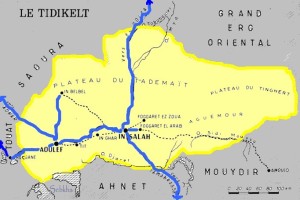 It was then that he revealed that he was actually colorblind 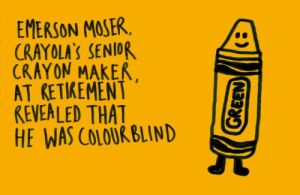 There are mirrors on the moon.

Astronauts left them so that laser beams could be bounced off of them from Earth.

These beams help give us the distance to the moon give or take a few meters. 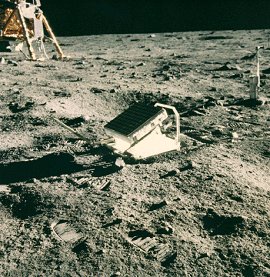 The oldest bird on record was Cocky, a cockatoo, who lived in London Zoo.

He ceased being Cocky at the age of 82. 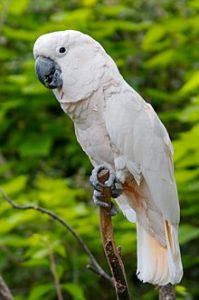 There were 13 couples celebrating their honeymoon on the Titanic 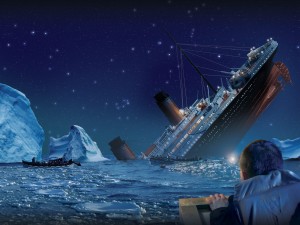 In July 1874, a swarm of Rocky Mountain locusts flew over Nebraska

It is estimated that the swarm contained about 12.5 trillion insects.

is the longest English word that consists strictly

of alternating consonants and vowels

In Haiti, only 1 out of every 200 people own a car which is ironic

considering approximately 33% of the country’s budget on imports

is spent on equipment for fuel and transportation. 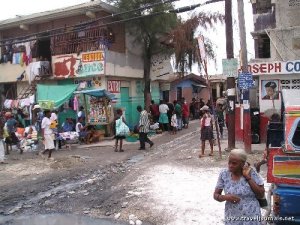 The largest diamond found in the United States was a 40.23 carat white diamond.

It was found in 1924 at Murfreesboro, Arkansas at the Prairie Creek pipe mine,

which later became known as the Crater of Diamonds State Park.

The diamond was named “Uncle Sam” after the nickname of its finder,

Wesley Oley Basham, a worker at the Arkansas Diamond Corporation. 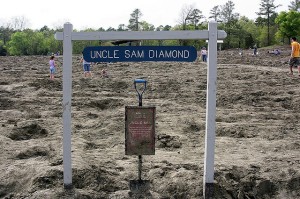 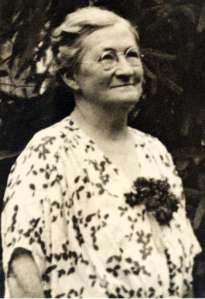 The song with the longest title is

“I’m a Cranky Old Yank in a Clanky Old Tank

on the Streets of Yokohama with my Honolulu Mama

written by Hoagy Carmichael in 1945.

Did you ever wonder where some of the every day terms we use actually came from? Well, even if you haven’t, I have and I’ve put this post together to highlight some of the most interesting and unusual.

One of the most peculiar categories are units of measurement. For example, with regard to ‘time’ we often say things like “I’ll be back in a jiffy,” or,  “Just a moment.”

Although used frequently by many people to denote a short but unspecified period of time, a jiffy is actually a real unit of time measurement. It is 0.10 seconds.

Another fairly commonly used term, again for an unspecified period of time, for example, “I’ll be with you in two shakes”, a shake is also a real specific measurement, namely, 10 nanoseconds.

Both Shakes and Jiffies are used for convenience in nuclear engineering and computing respectively.

How long is a moment? It is 90 seconds long.

A beard-second is a unit of length inspired by the light-year, but used for extremely short distances such as those in nuclear physics. The beard-second is defined as the length an average beard grows in one second, which apparently is exactly 100 angstroms (or 10 nanometers). However, the Google calculator uses the beard-second for unit conversions of the value of 5 nanometers. It would be splitting hairs to say who is right and who is wrong.

A barn is a serious unit of area used by nuclear physicists to quantify the scattering or absorption cross-section of very small particles, such as atomic nuclei.It is one of the very few units which are accepted to be used with SI units, and one of the most recent units to have been established. One barn is equal to 1.0×10−28 m2. The name derives from the folk expression “Couldn’t hit the broad side of a barn”, and is used by CERN-type particle accelerator physicists to refer to the difficulty of achieving a collision between particles.

This unit is similar in concept to the attoparsec, combining very large and small scales. When a barn is multiplied by a megaparsec (Mpc) – a very large unit of length used for measuring the distances between galaxies – the result is a human-scaled unit of volume approximately equal to 2⁄3 of a teaspoon (about 3 ml).

Similar to the Barn-megaparsec, the Hubble-barn uses the Barn mentioned above with Hubble Length, which is the length of the visible Universe as derived by using the Hubble Constant and the Speed of Light. This amounts to around 3.45 Gallons (13.1 L).

Everyone is familiar with the term “horsepower” particular with regard to vehicle engines. Donkeypower is a facetious engineering unit is defined as 250 watts, or about a third of a horsepower.

Earthquake intensity is normally measured on the Richter scale. However, a guy named Tom Weller has suggested a humorous alternative, the Rictus scale, which is a measure of earyhquake intensity linked to later media coverage of the event.

First used by author Isaac Asimov, Helen is now a measurement. It is named after Helen of Troy who apparently had a face so beautiful that a thousand ships were launched to rescue her.

Thus 1 Helen is equal to this number.

A face that could only launch one ship would therefore be a milliHelen.

A face that would sink ships would have a value of -1 milliHelen!

The MegaFonzie is a fictional unit of measurement of an object’s coolness.

It was invented by Professor Farnsworth in the Futurama episode, “Bender Should Not Be Allowed On TV”. A ‘Fonzie’ is about the amount of coolness inherent in the Happy Days character Fonzie.

The celebrity Wil Wheaton is a keen user of Twitter, and when he attained half a million followers this number was deemed to be ‘1 Wheaton’. As few Twitter users have millions of followers, the milliwheaton (500 followers) and microWheaton are more commonly used.

A ‘Mickey’, named after Walt Disney’s Mickey Mouse, is the smallest computer mouse movement that a computer can detect, less than 0.1mm.

Still with computers, a Nibble is half a Byte.

NASA is well acquainted with a problem called ‘space adaption syndrome’, more commonly called space sickness. It is the result of some astronauts finding it difficult to acclimatize to unusual gravities or pressures. One astronaut who was particularly prone to this type of sickness was named Jake Garn, who apparently vomited ‘explosively’ on an orbital flight. 1 Garn means a person as sick as Mr Garn was, with a corresponding scale for those less afflicted.

A ‘Warhol’ is a unit of fame or hype, that is derived from Andy Warhol’s famous pronouncement that “everyone will be world-famous for fifteen minutes”. Thus

A ‘Jolie’ is unit that denotes the amount of international aid a country receives when it becomes the cause celebre of a prominent celebrity. In 2005, International Rescue Committee calculated that Darfur received $300 per capita in aid, while DRC received $11 per capita. Hence, a Jolie can be thought of as a 27x increase in aid receipt.

The ‘Kardashian’ is the amount of global attention Kim Kardashian commands across all media over the space of a day.

Horses are used to measure distances in horse racing – a horse length (shortened to merely a length when the context makes it obvious) equals roughly 8 feet or 2.4 metres. Shorter distances are measured in fractions of a horse length; also common are measurements of a full or fraction of a head, a neck, or a nose.

A ‘Nanocentury’ is a unit of time measurement sometimes used in computing. The term is believed to have been coined by IBM in 1969 from the design objective “never to let the user wait more than a few nanocenturies for a response”.  A nanocentury is approximately 3.155 seconds although Tom Duff is frequently cited as saying that, to within half a percent, a nanocentury is pi seconds.

A ‘Dog Year’ is a unit of measurement equal to one seventh of a year, or approximately 52 days. It is primarily used to approximate the equivalent age of dogs and other animals with similar life spans. It is based upon a popular myth regarding the aging of dogs that states that a dog ages seven years in the time it takes a human to age one year. (In fact, the aging of a dog varies by breed; dogs also develop faster and have longer adulthoods relative to their total life span than humans.)

The Stoddard is a measurement used by political campaigns to determine the density of a canvassing area. It is measured in doors per acre.

The Economist’s ‘Big Mac Index’compares the purchasing power parity of countries in terms of the cost of a Big Mac hamburger.This was felt to bea good measure of the prices of a basket of commodities in the local economy including labour, rent, meat, bread, cardboard, advertising, lettuce, etc.

A similar system used in the UK is the ‘Mars Bar’ (US readers think ‘Milky Way’). Tables of prices in Mars Bars have intermittently appeared in newspapers over the last 20 years, usually to illustrate changes in wages or prices over time without the confusion caused by inflation.