Around this time last month I wrote a post about the explosion of sub-prime credit for people seeking automobile loans they couldn’t afford. Here’s a link if you missed it – click here.

They say that if you don’t learn from what happened in the past you are doomed to repeat it. And it is clear the banksters have learned nothing, mainly because the government was not man enough to teach them a lesson when they almost brought the country to its knees. Their greed was excused and rewarded, not punished in any meaningful and lasting way.

So now we have the auto loans credit explosion, which is another mini sub-prime disaster in the making. And again it is being egged on by the stupidity and greed of Wall Street who just can’t pass on the chance to reap big profits from those people silly enough to take their high interest loans. 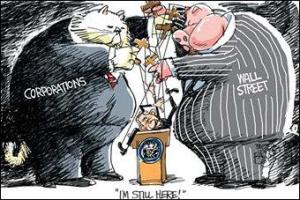 This time, however, it turns out some of the people in positions of power are beginning to recognize that this is becoming a big problem.

The regulators and prosecutors are starting to worry about the level of lending abuses. Not only that but they are also recognizing the similarities with the home loans fiasco that eventually resulted in the financial crisis.

The Consumer Financial Protection Bureau has recently fined subprime auto lender First Investors Financial Services Group Inc. $2.75 million for knowingly providing inaccurate information to credit reporting agencies for at least three years. It was a “computer error” don’t you know, and, of course, they paid the fine but without admitting any liability – perish the thought!

It should come as no surprise that First Investors Financial Services Group is owned by a prominent New York private equity firm.

And like the mortgage sub-prime fraud, the banksters and other money men are not only screwing the people who take out the loans, but once again they are re-packaging them up as “good investments” for their richer clients too.

A United States attorney in Manhattan, has already begun an investigation into whether lenders have sold questionable auto-loan investments to investors, and has sent subpoenas to General Motors Financial and Santander Consumer USA, to try to find out whether the lenders fully disclosed to investors the creditworthiness of borrowers whose loans made up the complicated securities. 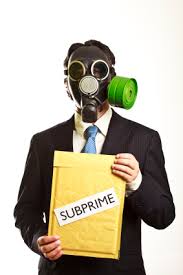 Last time they got away with it. Will this time be any different? You have a lot more faith in the system than me if you think it will. All that is happening so far is tokenism. They need a lot more than a slap on the wrist.

In China or Vietnam and some other locations banksters committing fraud are stood up against a wall a shot. That’s maybe a little harsh, but at the very least some serious jail time is in order.

The fact is the banksters are doing it again because they think that they can get away with it again. And if they get away with it this time, then they’ll do it yet again in the future. All the time racking up fortunes for themselves and leaving the other poor sods, who didn’t know any better than to take out their loans or buy their toxic investments, a lot poorer.