I am a supporter of the World Wildlife Fund. They gave me a nice little gold lapel badge as a thank you. It’s in the shape of a panda which is their logo. This is a (not very good) picture of it.

That has got very little to do with this post, other than the name of the animal the WWF uses as its logo, but by way of introduction I thought I’d give them a shout-out anyway. Send them some money if you can.

What the post is really about is stupidity, a regular theme here at the fasab blog where I like to highlight and make fun of some of the idiotic things I come across.

All else may fail, but stupidity will always find a way to mess things up.

And strangely there are few stupider people than the really intelligent ones, you know, academically brilliant but who haven’t the common sense of a gnat. No offense to gnats.

It happened recently when a Spanish internet security company sent out an update for an antivirus program called – wait for it – Panda.

Yes, last Wednesday the company released an update for its Panda antivirus software, as it periodically does. All companies providing similar software do likewise.

The only thing is when other companies do it (with the possible exception of Microsoft now and again), the updates work.

When this Panda update arrived it found a major threat on the computers that were running it.

And the major threat it found was …

Sadly true. The nerds at the Panda company managed to identify components of their own program as a security threat. It’s a bit like playing hide-and-seek – with YOURSELF! 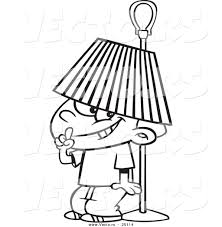 Can you believe it?

Of course you can.

Not only that, but that no one seems to have checked the update before the catastrophe was released upon the rest of the unsuspecting world.

The consequences were almost instant. PCs running the Panda update were more than a little confused. Chips had mini mental breakdowns. And some systems were left either unstable or unable to access the internet.

As soon as the problem was discovered – too late, in other words – the Panda company scrambled to send out a notice to subscribers recommending that they NOT reboot their systems. How they thought that would work remains a mystery because most people just reboot their systems when the update has finished, without reading their new emails first.

And if you didn’t get the message and did let Panda attempt to kill itself with a reboot of your system, then after the reboot you would find that you had no network access.

The Twittersphere was full of Tweets made by unhappy Pandettes – presumably using their cell phones or tablets since their PC were in a state of confusion.

“Any of you with Panda Anti Virus – DO NOT REBOOT YOUR COMPUTER!!!! – I’ve just lost 20 computers”

I don’t know how many customers Panda lost, but I would guess they lost a lot. Another on the endangered species list perhaps?