This is the day they let the crazy people out.

They wrestle and fight and tug

and roll around on the floor hitting each other

in a frenzy of greed and stupidity.

It’s fun to watch, but I’m staying at home.

If you want to know why then have

a look at these videos and photos.

Enjoy and be safe. 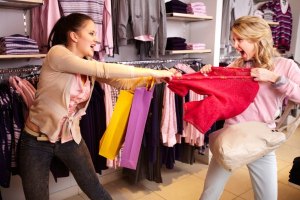 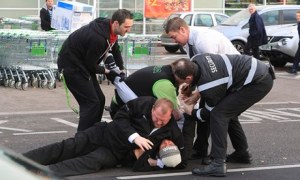 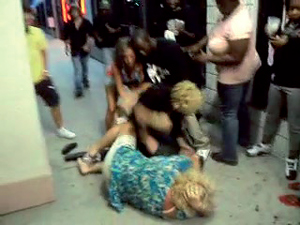 I know an architect.

Nothing very unusual in that.

Except for one thing, this one is blind.

He hasn’t been blind all his life but from his late teens, when he was training to be an architect, he started to lose his sight due to an inherited disease and eventually it went altogether.

To his credit he hasn’t let it stop him leading as full a life as possible. Although there have been good and bad results.

For example, he insists on helping around the house but on one occasion he picked up a kitten along with the dirty clothes and promptly dumped all in the washing machine. Both the clothes and the kitten were clean at the end of the washing cycle, but the unfortunate kitten was also dead.

He also tells a story about doing some shopping at a time when his sight was almost gone, but not quite. He was in a local pharmacy and queued up at the counter waiting to hand over his prescription. He waited and waited, but the pharmacy assistant kept ignoring him. He could hear other people getting served, but never him. He waited and he waited and he waited some more, but nothing. The girl behind the counter just kept ignoring him.

Finally his patience just ran out. He was angry. He thought he was being deliberately ignored because of his disability and that other ‘seeing’ customers were being allowed to jump the queue. He spoke to the assistant who was standing right in front of him. She didn’t respond. Then he spoke louder. Still no reaction. Then he started to give forth some abuse which included a good bit of strong language. The other customers in the pharmacy all stopped what they were doing and watched what was going on.

People were a little embarrassed. Nobody intervened except for one gentleman, who walked up to my friend, put his hand on his shoulder and said quietly buy firmly, “Come over here son, and this other person will attend to your order.”

He found out later that he had been patiently queuing up in front of one of those body and head mannequins that was sitting on the counter and which the pharmacy was using to display a ladies wig, and had been hurling his abuse and angst at it and not to a real person at all.

A few incidents like that aside, he has coped quite well. He has compensated for his lack of sight by developing an extremely good memory and equally good recall. I think that proves that the more you use your brain the better it works.

What a pity so many people these hardly use theirs at all!

For a lot of years his way of designing houses was very laborious. He would plan the whole thing out in his head and then give verbal instructions to his son who would dutifully draft out a sketch of the proposed building. It was slow and tedious for the recipient of the instructions, although he reveled in the task himself – a little bit too much and too long for most people’s liking if truth be told. I know because I was the unfortunate recipient of the drafting instructions on a couple of occasions.

And then a possible solution hit me like a brick.

I bought a few large base sheets and he got himself some small Lego bricks and from then on he was able to draft his own floorplans, and to scale using each little brick as equivalent to one foot or whatever. It worked well for him and gave him a bit more freedom to plan and re-plan without involving anyone else in the process. I don’t know whether he still uses it or not, but I kind of hope so.

Now, what sparked this blog post in my head wasn’t him at all. It was a video that I watched recently. It’s not about architects either, but it is about someone who is blind. And it is also about the power of words which as a blogger and writer I appreciate, as I’m sure many of you do too.

I hope you enjoy it.