We all know that one of Steve Jobs favorite things was selling people well designed goods at vastly over inflated prices. People who were obsessed by having the latest gimmicks, bought his stuff in droves at whatever price Jobs put on them and in the process made Apple one of the richest companies in the world.

That’s what you call business, not quite ethical perhaps, but if you can get away with it and you can find people who are silly enough to pay far too much for your goods then why not?

What the creation of this ‘new’ market also did was spawn clones or look-a-likes from companies wanting to cash in on the windfall initially created by Apple.

Many of these are quite legitimate, like the Samsung Galaxy models which have become just as popular as the iPhones and are just as good, if not better, IMHO.

But what has also happened is that the same success has spawned a series of non-legitimate clones – from China – which look the same and provide many of the same functions, although the build quality as with much of the junk emanating from China is very poor.

So, getting back to the question posed in the title of this post, if you are thinking of buying yourself a smart phone – and you are also thinking of saving a bit of money and buying one of those iPhone or Samsung Galaxy look-a-likes from China – think again.

This week a German firm called ‘G Data’ (which has a US subsidiary) released information that a popular brand of Chinese-made smart phone, the ‘Star N9500’, which is sold internationally by several major retailers, including Amazon.com, has been found to contain pre-installed monitoring software – that’s spy software to you and me.

G Data said it discovered the spy software hidden deep inside the proprietary software found on the Star N9500, which is a cheap smart phone based on the popular Samsung Galaxy S4.

The hidden software contained within the phone’s operating system includes applications that could allow a third party to access and steal the telephone user’s personal information.

There are also secret applications that could permit a hacker to place calls from the telephone, or utilize the device’s microphone and camera without the consent of its owner.

And malware like this can not only allow hackers to access the telephone, but also any computers connected to it.

It was also discovered that the stolen data was being sent to a server based in, where else, China.

Adding to the intrigue, G Data’s team of experts and several journalists tried for “over a week” to track down the manufacturer of the Star N9500 by contacting several companies located in China’s southern province of Shenzhen, known as the center of the country’s telecommunications industry, but were unable to do so.

This isn’t the first time hidden spyware has been discovered in the operating software of telecommunications hardware made in China, and it probably won’t be the last. 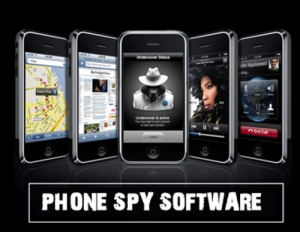 I haven’t had a rant for a while, so one is long overdue. Here it is.

I’m sure hardly anybody noticed, but last week the bureaucrats in Washington effectively shut down the web site Intrade for US citizens. Intrade was the popular web site that any adult, including Americans, could use to wager on the future price of certain commodities, like gold or oil.

Effectively the bureaucrats have now made it illegal to solicit Americans to buy and sell commodity options contracts unless they are listed on an exchange registered with them or on one designated as legally exempt by them, and they have taken upon themselves the power to regulate nearly any commodity-related activity unless Congress provides a specific exemption.

Of course the politically well connected investment banks and hedge funds into which the great and the wealthy put their money can carry on as before speculating on the price of everything from pork bellies to platinum and manipulating gold, currency, oil and other markets. The recent MF Global scandal really puts that beyond reasonable doubt.

Intrade is just the latest move by the bureaucrats and the thought police to restrict the freedom of American citizens. Not so long ago it was the online gambling websites, then New Zealand based Megaupload was targeted, then banking in any offshore jurisdiction, now the Ireland based Intrade, and tomorrow, well, who knows.

Maybe the ever sensitive morons in the thought police will try to stop you reading blogs critical of their asinine bureaucracy? Oh, oh, gulp!

The way they are acting is nothing short of a complete perversion of the concept of a government with limited powers. But are the liberals, who should be in the forefront of upholding such principles, falling over themselves to defend the ordinary people?

If and when this type of interference happens in China or North Korea or somewhere similar, they are rushing to get on to their high horses to condemn and ridicule.

But back in Washington they are busy trying to create an inefficient and bureaucracy-ridden nanny state that they know will necessitate clamping down on individual choice and freedom, if it is to even stand a chance of making it look as if it is working.

To add insult to injury the bureaucrats make their usual claim that they are taking these steps for “your own protection”.

Why is it that the steps the bureaucrats take in the ”public interest” never seem to turn out to be in my interest or in the interest of anyone I know?

By the way, in case you are wondering, I have never used Intrade, it’s not my kind of thing and I don’t know enough about that field to speculate with any consistent degree of success.

But I would appreciate the freedom to make up my own mind on the subject, instead of having the faceless and less intelligent bureaucratic thought police dictate the decision for me.

We all know how successful the Volstead Act was at the beginning of the last century, but the bureaucrats learn nothing from their mistakes. And they never will, because their desire is not to do what is right or just or even sensible, their desire is to create an ever growing bureaucracy which they control.

Home of the brave? No doubt about that when you see the young people who are willingly putting themselves in harm’s way to help to defend the nation.

But land of the free? No siree, not no mo!

Taking a little break from the normal blog post.

I guess that a lot of you are asking who the heck is Sam J Porcello and why should we be raising a glass of milk in his honor?

Well Sam is perhaps a lot better known as ‘Mr.Oreo’ the scientist who in a career at Nabisco that spanned 34 years, invented that creamy sticky stuff in the middle of Oreos.  He died recently at the age of 76.

Sam J Porcello was one of the world’s foremost experts on cocoa, the raw material of chocolate, and the go-to guy for all Oreo related matters at Nabisco. He also created the chocolate-covered and the white chocolate-covered Oreo, and held five patents relating to Oreos.

Almost half a trillion Oreos have been sold worldwide since they hit the market in 1912, one hundred years ago this year, so I think you could say that they have been pretty successful.

And that just leaves the big question.

So how do you eat yours?

Are you a dry biter and cruncher?

Or a twist and licker?

However you do it, the next time you do it, save a thought for people like Sam J Porcello.

Oreos are sold in Argentina (with banana filling and with caramel filling in the same package; in Canada (where they are manufactured and sold under the Christie brand); in China (where they were introduced only in 1996 but have now become the best-selling cookie in the People’s Republic of China, after altering its recipe to have a lower sugar content to suit local tastes); in Croatia (since February 2011); in India (introduced in March 2011 under Cadbury brand); in Norway (since 2004); in Poland (from February 2011); and in the United Kingdom from May 2008). They are also to be found in shops and supermarkets in many other countries.

If your interested Nabisco has an Oreo web site