Yes there is a new papa and he is an American.

Except he is a South American, from Argentina in fact.

Close but no cigar fasab 🙂

His name was Jorge Mario Bergoglio, but now it is Francis I, and he was the surprise choice in one of the fastest conclaves in recent times.

He is a Jesuit and he is 76 years old and, no pun intended, he has one hell of a mess to try to clean up.

As the election was getting under way in Rome, an article published on Monday, in the Italian newspaper La Republica, noted that the Vatican paid an estimated $30 million in 2008 for around 20 apartments in the imposing palazzo at 2 Via Carducci.

Not only will these apartments do very little to help the poor and needy in his flock as I guess very few of them could afford even to rent a $1.5 million apartment let alone buy one, but the complex it turns out is also home to Italy’s biggest gay sauna, the Europa Multiclub!

Europa Multiclub, which features a Turkish bath and Finnish sauna, bills itself as the number one sauna in Italy. Open all year, the club also offers weekly “bear parties”, which it advertises on its website with a video of a stripper donning clerical attire.

And to top it all, the housing block accommodates 15 priests, including a 12-room apartment on the first floor of the building for 76-year-old Cardinal Ivan Dias, a socially conservative Cardinal who was the former archbishop of Bombay, who has called homosexuality a disease of the soul. Does anyone detect a hint of hypocrisy?

Red faces to go with those red robes I think.

It’s Monday again and the madness continues with another round of quiz show answers given by the seeming multitude of intellectually challenged people who decide to let the world see their stupidity.

Q: What “A” is the term for a set of symbols in which each character represents a simple speech sound?

Q: The pain in the muscles or bones of the lower legs, often suffered by sportsmen, is known as shin…?

Q: In spelling, what consonant is found in both “good” and “bad”?

Q: Which large mammal is adapted to sandy conditions, having protective eyelashes, nostrils than can be closed, and broad, soft feet?

Q: In agriculture, irrigation involves supplying farmland with which substance essential for growth?

Q:  Who sang the song ‘Je t’aime’ with Jane Birkin?

Q:  Which Danish city is famous for its statue of a mermaid?

Q:  What is the name of the long- running British TV comedy show about pensioners: Last Of The …?

Q:  We’re looking for a word that goes in front of ‘clock’.

Q:  Grandfather clock is already up there, say something else.

Q:  What is the nationality of the Pope?

Q:  How many kings of England have been called Henry?

Q:  Which British prime minister famously said: ‘We have become a grandmother’?

Q:  What  L  do you make in the dark, when you don t consider the consequences?

Yes folks we all gave the Mayans some stick when their prediction didn’t come true (including me, click here if you missed it) but they were just ten days out, not too bad in a few thousand years!

Today IS the end. The end of 2012. It has been a difficult and frustrating year business-wise because of the continued mess created by the stupid and greedy banksters, so I for one won’t be sorry to see the end of it.

However that gripe aside, it is the last day of 2012 so I thought we should do something a little different today.

So, before we start to look forward to a new, and hopefully better, year, here is a selective look back at some of the events of this year.

There are a couple of ways you could do a post like this. You could link to other sites, particularly newspaper sites because they all seem to do lists of one kind or another at the close of the year. The other way is to compile a more personal one, with the things you remember personally. Both are equally valid, but this being a blog I’ve chosen to go the more personal route and compile a list of the things I remember so, although it is quite long, it is selective and by no means covers everything that happened in 2012.

I have also included a list of some of the personalities that passed during 2012, you probably heard about them all at the time, but memories being what they are I am sure one or two of them will come as a surprise.

So let’s get started. 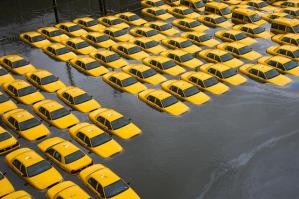 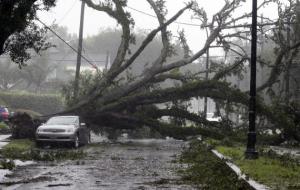 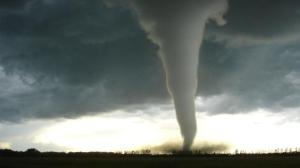 On a completely different subject 2012 will also be remembered as the year of the high profile celebrity paedophiles.

In the Techie World 2012 saw a number of milestone events.

2012 also the passing of many well known personalities and celebrities. For example, 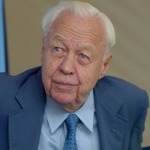 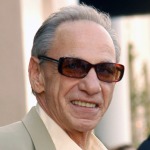 So how many idiots got elected last week? Not all of them I hope, but I bet there are at least a few intellectually challenged newbees in the corridors of power in Washington.

On the lighter side, some of those who didn’t make it in politics made it on to television and appeared in quiz shows.

The results are not that much different to some of the dumb things said in Congress (oh, oh, I feel another post forming in my head) so here is a selection to get the week started with a smile.

Q: Paul III roared at him, “I have waited 30 years for your services. Now, I’m pope. Can’t I satisfy my desire?”

A: Who is Lady Godiva?

Q: If a Japanese “isha” (doctor) asks you to stick out your “shita”, he means this.

A: What is your behind?

Q: To get to Wallace, Idaho from Boston, get on I-90 West, and the first one of these you ‘hit’, you’re there.

A: What is a buffalo?

Q: 2 of the 3 countries classified as extending across two continents

A: What are Africa and Europe?

Q: The original one of these on Massachusetts’ Little Brewster Island was built in 1716; automation didn’t come until 1998.

A: What is Kebert Xela? 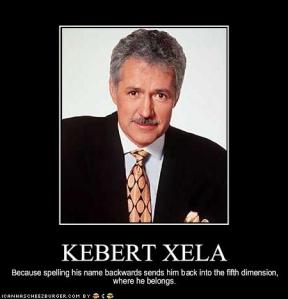 Q: [The language that this statement, meaning “I love you guys”, is in:] Yr Wyf I’n Dy Garu Di

A: What is Klingon?

Q: He is the only sitting Vice President since Martin Van Buren to be elected President

Q: This nursery rhyme was based on actual events at a 1900 schoolhouse.

A: What is ‘There once was a man from Nantucket?’ 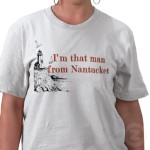 Q: In 2002, an elaborate dinner party was held at No. 10 to celebrate this many years’ reign by Elizabeth II

A: Who is Tony Blair?

Q: The Timon puppet in “The Lion King” was inspired by Bunraku, the traditional puppet theatre of this country

A: What is Africa?

Q: Of the 5 permanent members of the UN Security Council, the one that is smallest in size

A: What is my apartment?

Q: George Bernard Shaw called this condition “the greatest of evils and the worst of crimes.”

A: What is marriage?

Q: Of Pastism, Presentism or Futurism, the literary movement that began around 1909

A: What is Modernism?

Q: According to the old saying, “I scream, you scream, we all scream for…” what?

Q: Franklin D. Roosevelt is found on the head side of what American coin?

Q: What was the magical item that brought Frosty the Snowman to life?

Q: What vehicle is used in the Tour de France race?

Q: What eye ailment is the more common name for “myopia?”

A: You think you’re right