The wife of a friend of mine once asked him, “Does this new dress make my ass look big?” He started off well by replying, “No, of course not, Darling, the dress is lovely.”  And if he’d left it at that he would have scored lots of plus points, but then he added the fateful line, “You’ve just got a big ass!”

I may have told you that story before and I may well tell it again, because it’s funny and it’s true. This time it is by way of introduction to today’s post – or rant – on the subject of airline seats. I’ve already given you my two cent’s worth on airfares a few days ago. (Click here if you want to read that.)

Just when you thought they couldn’t get any smaller, or more uncomfortable, airlines are shrinking seat widths yet again to squeeze more passengers in and more money out of them. The latest culprit is Airbus, which unveiled a new 11 seat-per-row reconfiguration for its A380 superjumbo jet.

The Airbus A380 currently seats ten passengers uncomfortably per row in economy in a 3-4-3 configuration, but the new configuration adds yet another seat to the middle section to make it a 3-5-3 – with even less room per passenger and even more discomfort.

Airbus are making the excuse that the seats in the new configuration will be the same width as before, which is 18 inches or 46 cms, but then they add the qualifying word “technically” which means whilst what they are saying may be true in theory, in practice you the paying passenger will have less room.

Applying fasab logic to the situation, if you raise an airplane’s seating capacity from 525 seats to 544 seats, and at the same time you don’t make the airplane any bigger, then there is less room for the poor abused passengers. (quod erat demonstrandum or Q.E.D.)

The A380’s main users are Emirates, Singapore Airlines, Lufthansa and Qantas, all of them long-haul carriers meaning you will be squashed up like a sardine for at least eight hours, maybe much, much longer which adds greatly to the discomfort experienced by passengers.

Other long-haul airplanes that are shrinking the width of their seats include the new models of the Boeing 777, many of which are flown by United and American Airlines. They will now come with a squashingly miserable 17 in. seat width.

The seat squashing trend started with the short-haul airlines and they got away with it because of the relatively short journey times. Long-haul is different – much different – and passengers should be less willing to endure many hours of discomfort.

To add a great big insult to this injurious trend, it is all taking place against a backdrop of decreasing fuel costs and rising airfares – in other words more greed than need on behalf of the airline companies who buy these newly configured butt busters.

On the plus side – for passengers – not a single airline placed an order for the world’s two biggest commercial jets, the Boeing 747-8 and the double-decker Airbus A380 during 2014. In fact most of the Boeing 747-8s that have been sold have been mainly the air freighter version. On the negative side, as just mentioned, airplanes like the 777 are also to be made much more uncomfortable too.

With air travel forecast to more than double from today’s 3.3 billion passengers a year to 7.3 billion by 2034 – according to the International Air Transport Association – I fear greatly for the comfort of those of us flying economy. 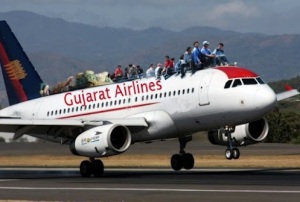