Yet another selection of those jokes you love to hate.

I wouldn’t guarantee the politically correctness of some of them, but enjoy them if you can!

How do Welsh people cross the road?

Are dwarfs the lowest form of human life?

What are the rules of gay poker?

I had a mate who was suicidal.

He was really depressed, so I pushed him in front of a steam train.

He was chuffed to bits. 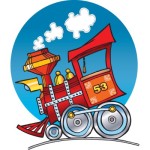 A little old lady takes her dead cats to a taxidermist to be stuffed.

“Oooo no….” says the lady, “just snuggled up next to each other.” 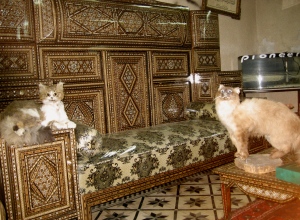 A woman in the pharmacy sees a deal offering 5 boxes of tampons for a dollar.

She can’t believe how good the deal is and asks the manager, “Is that price correct?”

“Sure is,” says the manager, “It’s a special offer, 5 boxes for a dollar and there are no strings attached!” 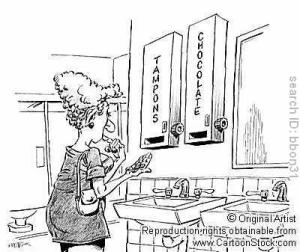 Did you hear about the gay carpenter?

He always left a saw behind!

A psychotic rapist escaped recently from a mental institution for the criminally insane. He ran across the street to the laundromat hoping to find a change of clothes. Inside, he discovered two women, and forced them to have sex. Then he fled out the back door.

The next day the local newspaper headline read, “NUT SCREWS WASHERS AND BOLTS!”

Irish bloke walks into a pub and says, “Drink of orange please landlord.” 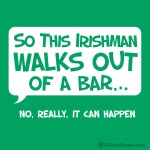 Two blondes walk into a building…

Wow, you’d think at least one of them would have seen it.

What do you call a bloke with a one inch penis?

After announcing he’s getting married, a Scotsman tells his pal he’ll be wearing a kilt.

‘And what’s the tartan?’ asks the mate.

‘Oh, she’ll be wearing a white dress.’ he replies.

Two parrots on a perch.

One turns to the other and says, “Can you smell fish?”

What qualifications do you need to be a road sweeper?

You just pick it up as you go along!

A customer is ordering food in an Indian restaurant.

The waiter replies, “it’s the same as Chicken Tikka, but it’s a little ‘Otter.”