I’ve been saying it for a long time – and now the President of the United States agrees with me – he doesn’t know WTF he’s doing! 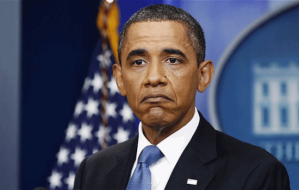 I can’t say as I take much satisfaction from his admission though.

Yet he doesn’t know what to do with it, when to do it, or even who to aim it at!

A bit of it, belatedly and half-heartedly, is now pointing at ISIS targets in Iraq and Syria. Yes, you’re right, they are the very same Islamic terrorists he was funding for a while in Syria! He says he wasn’t, but in practice he was.

Because the Obama Administration certainly is!

Indeed Obama’s team of idiots have confused themselves to the degree that they don’t know what to do and are afraid to do it even if they did!

The situation is not being helped by the noise coming from the equally ill-informed politicians in the Republican camp either. Some cynics would say they are doing a lot of it with the November elections in mind!

As I’ve said before on this blog, America has never been good at foreign policy. There are so many examples over the years to prove this beyond any and all doubt (Iraq, Afghanistan, Vietnam, now Syria). But this latest debacle could turn out to be foreign policy failure on a grand scale.

This is simply down to the fact that, even yet, the Obama administration clearly does not understand the severity of the problem. They haven’t managed to process the long term threat that a well armed, well supported and well funded group like ISIS can become.

Everyone – except the President and his people apparently – knows that these terrorists will not be content even if they are allowed to establish a fundamentalist Islamic state in the Middle East. Their hatred of anything and everything in the West is total.

In Syria, which is none of our business, the Obama team thought they wanted the Assad regime removed, and to get that done they thought they could support ISIS (or the anti-Assad fighters of whom ISIS were always destined to be a big part).

Now the US may well find itself on the same side as Assad in a fight against the terrorists. And that may be the crux of the US Administration’s problem. They made the wrong move, at the wrong time, in the wrong place, for all the wrong reasons and correcting the mistake will require a major volte face and sizeable portion of humble pie.

Are they big enough to swallow it? 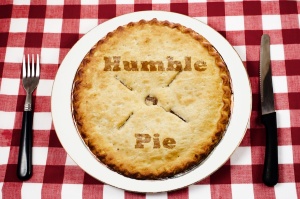