I have a healthy contempt for politicians and bureaucrats as you’ve probably gathered if you’ve read much of this blog. And it’s well justified.

I could relate some stories to emphasize my point, but actually I don’t have to. The politicians themselves have proved it themselves. Here’s a short selection to show you what I mean.

“We are the president.”

“I invented the internet.”

“Life is very important to Americans.”

“This is a great day for France!”

Barack Obama at a campaign event in Beaverton, Oregon: 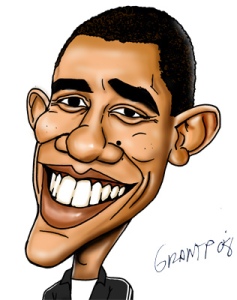 Alaska Gov. Walter Hickel once justified a plan to kill hundreds of wolves by saying:

“The U.S. Senate is a special place. I love all of you and especially your wives.”

“Desert Storm was a stirring victory for the forces of aggression and lawlessness.”

“I don’t understand how they can call me anti-Latino when I’ve made four movies in Mexico.”

“I am working for the time when unqualified blacks, browns and women join the unqualified men in running the government.”

“I think incest can be handled as a family matter within the family.”

“We’re going to move left and right at the same time.”

“It depends on what the meaning of the word ‘is’ is” –