Another selection of random facts including candle clocks and feral cats, and what could be more random than that?

So here we go. 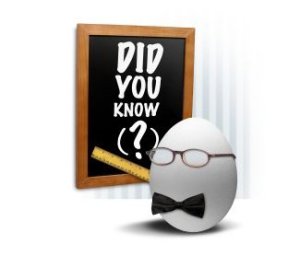 Russia sold Alaska to the US for 2 cents an acre

because they thought it was a useless tundra. 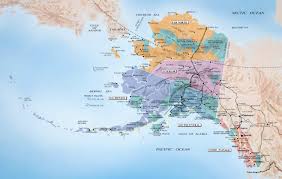 than the atom bombs dropped

on Nagasaki and Hiroshima. 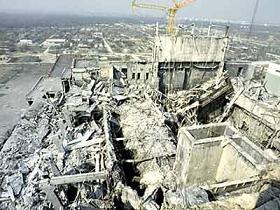 Up to 200 feral cats live in Disneyland

and are tolerated because they eradicate

mice and rats on the property. 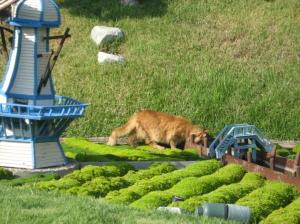 The largest cell in the human body is the female egg,

and the smallest is the male sperm. 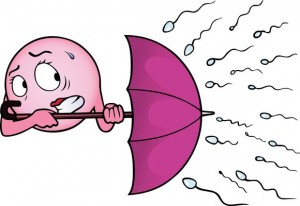 There are entire cities all over China

with no people living in them! 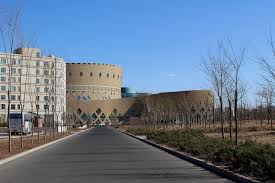 In Germany there are fake bus stops outside many nursing homes

to prevent confused senior citizens from wandering off. 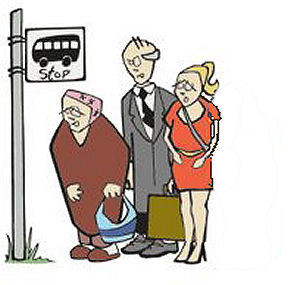 a very shrewd move on their part since

the sales of the series is now approaching half a billion! 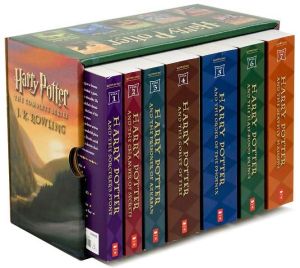 Before clocks as we now know them,

there were candle clocks that burned a set amount of hours.

If you wanted an alarm or reminder,

and when it melted the nail would fall out and the

noise of it hitting the metal holder would alert you. 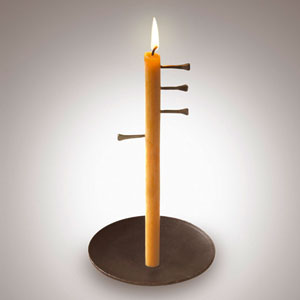 originally referred to the slits in castle walls

that archers would shoot their arrows through. 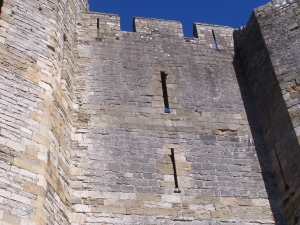 NASA has lost over 700 boxes of magnetic data tapes

recorded throughout the Apollo program

including original footage of the moon landing.

They ‘think’ some of them may have

‘accidentally been taped over’.

before calculus was derived. 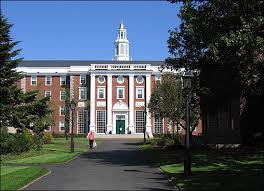 Apparently it is possible

to sail a boat from Pakistan to Russia

if you sail in a completely straight line. 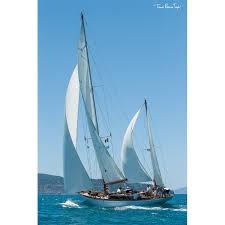 There are some trees alive today that

were alive before the pyramids were built. 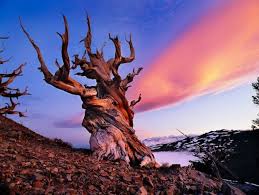 Chester A. Arthur was known for his impeccable attire,

earning him the nickname “Elegant Arthur.”

On his last day in office,

four women offered him their hands in marriage. 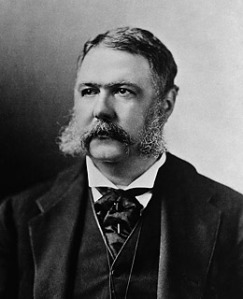 Regarded as his finest song,

a story that can easily serve as the plot to a two-hour sci-fi film.

Time for a bit of a rant today.

First one this year, I don’t know how I held out for so long.

Since the horrible massacre of schoolchildren and their teachers by a mentally deranged moron in Connecticut the real debate has again been sidelined into the convenient ‘to-ban-or-not-to-ban’ guns.

I can’t make up my mind as to what proportion of the gun-banning side of this so-called debate are idiots repeating what other idiots have said, how many are malicious, or how many are people trying to grab a handy headline or two.

The first lot can be easily compared with a flock of sheep. Sheep aren’t noted for their intellectual prowess, nor their debating skills, but when one sheep goes “baaa” you can be sure a lot more will say the same thing.

The second lot, the malicious ones, are deliberately rather than unintentionally refocusing the debate on to their liberal/fascist agenda of increasing bureaucratic interference wherever they see an opening.

And the third group are people, usually politicians or those with a political agenda, using the misery of other people to publicize themselves and their cause, but primarily themselves. Never one to let a band wagon roll past him, President Obama has jumped on this one, all guns blazing as it were!

For all these groups the ‘to-ban-or-not-to-ban’ guns debate is a handy, and a welcome, distraction.

It gives the first group something to say without stopping to analyze the real problem in detail. It gives the second group more ammunition (no pun intended today) to curtail freedom. As for the later group, the politicians love this distraction because it gives the impression that they are compassionate and caring and trying to find a solution, even though they are addressing the wrong problem. 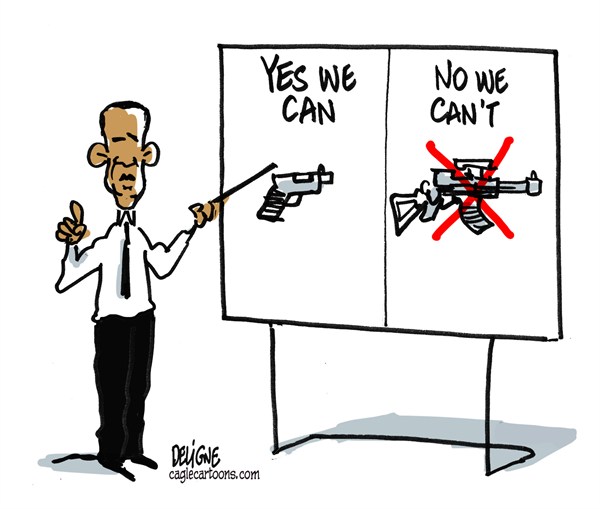 On the face of it, Obama’s proposals can be dressed up as reasonable. If you haven’t seen them on the media (how could you avoid it?) they include:

As I said, on the face of it reasonable, but I suspect this is just the first salvo of a much more comprehensive agenda.

However, the question of the moment is simply this  –  would a gun ban, whether partial or comprehensive, work?

And the answer is categorically, NO! 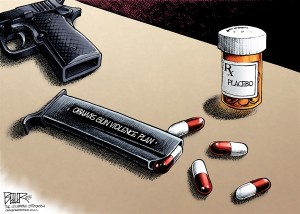 And the answer is ‘NO’, not because I am a champion of the 2nd Amendment – I’m not, it doesn’t even apply to me! The answer is ‘NO’ because taking guns away from law abiding people won’t stop the criminals or those with criminal intent.

It doesn’t take a genius to work that out, but no one in the gun-ban lobby is even asking that fundamental question. Nor do they want it to be asked!

You see this is how gun bans work. I’ve seen them in operation in numerous countries.

The criminals, on the other hand, who don’t shop at Walmart, but are more likely to deal out of the trunk of a car in some isolated spot well away from prying eyes, will still be able to buy their guns and use them how they please.

So what has to be the inevitable result of a ban on legally held weapons?

Simply this. When you ban law-abiding decent citizens from buying or owning guns all you can possibly end up with are armed criminals versus unarmed civilians, with the police (who would have been used by the politicians and bureaucrats to subjugate the law-abiding population and remove their protection) now being the only form of defense and they will be grossly inadequate in numbers to ever hope to do so effectively.

As another example of just how far up their own asses some people can stick their heads and still think they are getting a tan, an idiot reporter named Dwight R Worley of the New York Journal News recently published the names and addresses, complete with an interactive map, of people in Westchester and Rockland Counties who owned legally held firearms.

Like all such journalistic crap it was parceled up in ‘caring for the community’ and ‘public interest’ wrappers, but all this article did was to point an accusing finger at law abiding citizens who had done nothing wrong.

Thanks to dickhead Dwight R Worley (who incidently owns a .357 Magnum himself adding the crime of hypocrisy to his stupidity), Mr. Thief and Mr. Mayhem now know which houses in Westchester and Rockland Counties they can attack with impunity and those that they should stay clear of.

As it turns out, the people who should be most upset by this article are the ones who don’t have a gun, not those who do!

Zip this forward to a gun-ban country where all the law abiding people are defenseless targets for the criminals and there can only be one result. Not just an increase in violent crime but also a vast increase in petty crime. The detection rate for the latter is already minuscule, so think for a moment what it will be like when the criminals have little fear of their victims and even less fear of being caught.

The truth is that legally held guns probably save many, many more lives than they harm, and in most cases they do so without ever being used. But there aren’t any statistics for that.

The truth is that banning legal weapons will not stop illegal gangland shootings, which constitute the vast majority of deaths by gunfire in the United States.

And the truth is that banning legally held weapons won’t stop morons or mentally deranged individuals from going on a murder spree – a knife, a bow or a can of gasoline will get the same job done.

The saddest thing of all is that the people and politicians who are calling for these bans know it. It would be nice to see them show a bit of backbone and integrity for once and attack the criminals and leave the law-abiding people alone. But don’t hold your breath waiting for that to happen.