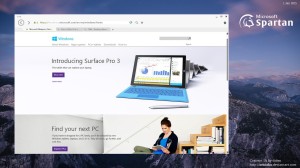 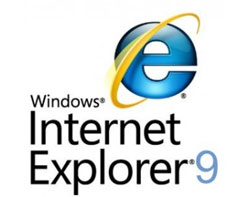 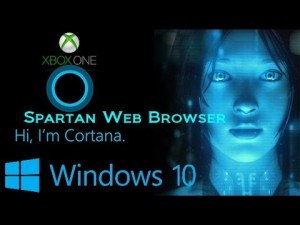 Those of you who are old enough may recognize the logo.

Twenty years ago (1994) when I was surfing the internet – and I was – the browser I was using was Netscape Navigator.

In fact it wasn’t only me using it because in those days this flagship product of the Netscape Communications Corp was the dominant web browser.

Netscape Navigator was based on the Mosaic web browser, and its co-author Marc Andreessen, along with another guy called Jim Clark, founded the Mosaic Communications Corporation and set up shop in Mountain View, California. After discontented noises about the use of the ‘Mosaic’ name from the University of Illinois where Andressen had developed the software, the company changed its name to ‘Netscape Communications’ and their browser’s name to ‘Netscape Navigator’.

It was 1994 and Netscape Navigator was launched. But not without a few hiccups. First it was free for all non commercial users. Then it wasn’t, the free version was restricted to academic and non-profit organizational use. And then it was free again online, with boxed versions available on floppy disks (and later CDs) in stores along with a period of phone support.

It had its teething problems too in the beginning, with a few security issues and so forth but eventually these were smoothed out and they could launch big time, which they did.

In fact the timing couldn’t have been better. The Netscape Navigator browser was ideally positioned to take advantage of the consumer Internet revolution of the mid-to-late 1990s and it soon became the de facto standard, particularly on the Windows platform.

At the time it was technically innovative too, introducing on-the-fly display of web pages, where text and graphics appeared on the screen as the web page downloaded. Earlier web browsers would not display a page until all graphics on it had been loaded over the network connection which often meant that a user had to stare at a blank page for as long as several minutes.

This was very significant at the time. Don’t forget that we were all struggling with modems and dial-up connections in those days. Broadband high speed internet was just a dream.

It had other new features too, many of which have since become industry standards, including cookies, frames, proxy auto-config, and JavaScript.

Netscape Navigator was available for a wide range of operating systems, including Windows, Macintosh, Linux, and OS/2 and it quickly became the market leader with more than 50% usage share. Many people say that it was due in part to the ease of using Netscape Navigator that more people were using the Internet on a regular basis.

Everything was going great for Netscape. And then Microsoft decided to enter the web browser software market. Like Netscape before them, Microsoft licensed the Mosaic source code from Spyglass, Inc. (which in turn licensed code from University of Illinois) and, using this basic code, created Internet Explorer.

At first Microsoft’s browser efforts were way short of the mark (some would say they still are!), and was a much inferior product to Netscape Navigator. However they threw money at the project and by versions 3.0 onwards Internet Explorer became a real competitor to Netscape. As web page content increased the Netscape browser became slower compared to IE, with the result that the latter started to gain significant market share.

From there it was all down hill for Netscape.

In March 1998, Netscape released most of the development code base under an open source license, but the open source community decided to scrap the Netscape Navigator codebase entirely and build a new web browser around the Gecko layout engine which Netscape had been developing but which it had not yet incorporated. Whether deliberate or not I’m not sure, but to add insult to injury the open source community-developed project was named ‘Mozilla’, Netscape Navigator’s original code name. Products like Firefox and Thunderbird have resulted from this.

Then America Online (AOL) bought Netscape. They produced a new version with a new graphic user interface and released it as Netscape 6, but it was not successful in winning back users, who continued to move over to Internet Explorer.

On 28 December 2007, the Netscape developers announced that AOL had canceled development of Netscape Navigator, leaving it unsupported as of 1 March 2008.

And that was that. I think you can still download archived and unsupported versions of the browser for anyone is curious to have a look. But it does not now compare with modern browsers like Google Chrome which in later years did to Internet Explorer what it had done to Netscape Navigator.