We all know politicians and their bureaucratic lap dogs are stupid. We also know that they fanny around trying to find ways to steal more of our money and then waste it on laws and other interference we neither want nor need.

But sometimes their efforts are just staggeringly unnecessary and stupid.

Did you know, for example, that the morons in the US Congress wasted time, money, energy, not to mention paper and ink, discussing and clarifying that any income earned by U.S. residents while in space would be subject to U.S. taxes!

During the Apollo missions we already witnessed the nonsensical spectacle of national heroes like Neil Armstrong having to be processed through US Customs and Immigration when they returned from the Moon. Talk about bureaucratic jobsworth claptrap!

Now the idiots in Congress have declared that colonists on Mars, of whom there are currently, and for the foreseeable future, none, zero and nil, will be taxed on the income they earn while en route to, and living on, the Red Planet. I suppose to continue the madness, the US authorities will try to make the Martians themselves  –  if we find any  –  subject to US taxes too!

It’s enough to make you get your antennae in a tangle!

It’s all because the US government is broke and because it wants to have total control over its citizens (not the uber rich ones, of course, they can do whatever they want). Unlike most countries, the United States uses a ‘worldwide’ system of taxation, under which it taxes all income earned by U.S. citizens and residents, regardless of where it is earned.

The arrogance of a ‘worldwide’ catchment is apparently not enough, now America thinks it must have a ‘pan-galactic’ tax system.

At seven times the size of the humongous novel ‘War and Peace’, and at around four million words and counting, the US Tax Code is already monstrously over-sized, but with the whole Universe to cater for it’s only going to get bigger and more complicated. For example, I foresee vast sections trying to explain how to cater for an Earth year of 365 days being factored into a Martian year of 687 days.

Make that getting your antennae in a knot rather than just a tangle.

But no doubt the bureaucrats back on Earth are already salivating at the prospect of drafting even more crap.

As for those with Martian ambitions?

Sorry Elvis, you might as well come back home. We miss you! 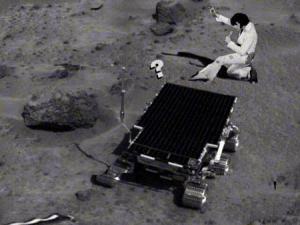