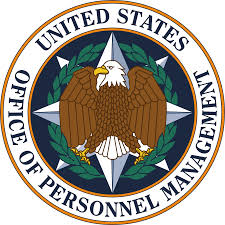 If you’ve read any of the political posts on this blog you’ll already know the answer to the question posed in the title.

Staffed by stupid bureaucrats, the government isn’t capable of doing anything right, apart from trying to make all our lives miserable with needless and intrusive rules and regulations.

Proving the point, recently in the press there have been numerous stories about the personal data of an estimated 18 million current, former and prospective federal employees being the victim of what they call a ‘cyber breach’ at the Office of Personnel Management.

I say 18 million because that is what has currently been estimated by none other than FBI Director James Comey in a closed-door briefing to Senators recently. A far cry from the government’s lies that ‘only’ 4.2 million files were hacked. And that 18 million number is expected to grow, not get smaller – which I suppose makes the government’s lie even bigger.

The same hackers who accessed the Office of Personnel Management’s data are believed to have last year breached an OPM contractor, KeyPoint Government Solutions. When that OPM breach was discovered in April, investigators found that KeyPoint security credentials were used to breach the OPM system.

Some investigators believe that after that intrusion last year, OPM bureaucrats should have blocked all access from KeyPoint, and that doing so could have prevented more serious damage.

But the bureaucrats refused to do anything – probably waiting for a sub-committee to write a 2,000 page report first!

It is believed that the Chinese government is behind this latest ‘cyber breach’, which is considered the worst ever against the U.S. government – so far, that is. The Chinese hackers are believed to have built their own backdoor access to the OPM system, armed with high-level system administrator access codes.

Naturally since it happened under his watch and the buck stops with him, President Obama has ordered his administration to answer all accusations of incompetence by minimizing the severity of breach.

So are the government bureaucrats capable of looking after the data they collect on us?

Of course they aren’t.

Looks as if all Snowden, the subject of Wednesday’s post (if you want to read it click here), is really guilty of, is doing the bureaucrat’s job more efficiently.

No, it’s not me who is taking a swipe at Skype. I use Skype a lot for communicating with people. I find it particularly good for contacting friends in foreign lands, which you can do for free, but also for making paid telephone calls too.

I have been using it for over a decade, almost from it started, and long before it was bought by Microsoft. Although other flavors have arrived on the scene I stick with Skype.

It’s the comfort of familiarity, something I wish the nerds at WordPress would pay attention to instead of continually making smart-ass changes that no one has asked for or wants. If it ain’t broke, don’t fix it guys!

But getting back to Skype, it has now become a victim of the snoopers – again!

This time it has been told it has to appear before a court in Belgium because it refused to hand over customer data following a request for assistance by the Federal Computer Crime Unit of the Federal Judicial Police (FCCU) in a ‘criminal investigation’. 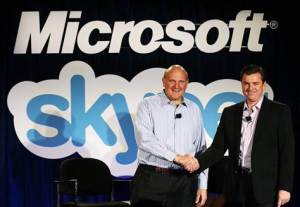 Microsoft has been very sensitive to appearing to buckle under when requested to release information about its Skype users ever since it was alleged that it had changed the architecture of the communications software to make it more “wiretap friendly”, something which it has always denied.

Despite Microsoft releasing transparency reports stating that it had not handed over the content of any Skype conversations in response to regular law enforcement requests, privacy and security analysts remain unconvinced.

Unfortunately, as usually happens when the lawyers get to work, the fundamental importance of this case – which is government’s mania for trying to remove the right to privacy of its citizens – gets lost in spurious legal arguments.

Now, instead of defending the right to privacy, the court’s time is being taken up with deciding whether or not a VoIP service like Skype should be treated as a telecoms operator in Belgium. If it is then it would have to comply with Belgian regulatory requirements for telecoms operators and release data to the snoopers.

I said earlier that the request by the Belgian snoopers is in regard to a ‘criminal investigation’ but the alleged crimes under investigation have not been specified, nor has the identity of the suspect or suspects.

It’s another one of those government catch-all phrases like ‘terrorist activity’ or ‘national security’ that are used as a cover for intrusions into people’s privacy whenever they feel like it. 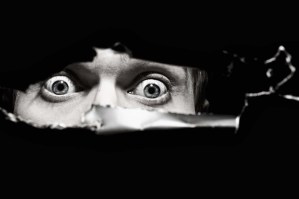 The result of this Belgian case will be an interesting marker for future attacks on the privacy of Skype users. My guess is that if the snoopers win their case then Skype should brace itself for a multitude of similar requests from governments all over the world. If on the other hand the courts rules in favor of the privacy of Skype users then the government will simply put their hackers to work and try to get the information illegally as they have done and are doing.

So it’s another one of those ‘heads’ privacy loses and ‘tails’ the snoopers win.