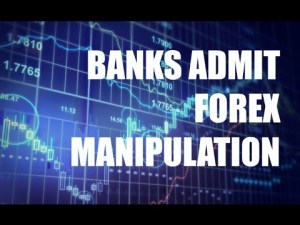 Last week several of the ‘BIG’ banks – you remember, the ones that are too big to let go bust – were fined in the region of $5.7 billion for illegal manipulation of the currency markets.

The usual suspects were included, J P Morgan, Citibank, Barclays  and RBS all pleading guilty – but only after they were sure what the medicine they would be getting would be.

It’s a huge amount of money, there’s no denying that. And losing it will make the banksters hurt a bit. But only a bit.

And that’s the problem.

Yet again the United States government has failed to bring these criminals to justice after more of their deliberate fraud and theft.

In other words, they let them get away with it AGAIN! 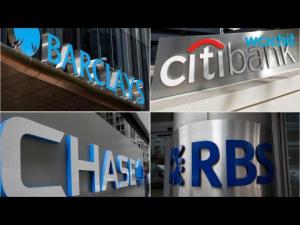 Now, if I walk into a branch of, for example, Citibank and try to steal the money that their customers have deposited with them for safe-keeping, I would be videoed, photographed, and if I was lucky enough to get out of the premises, pursued by the police and even the FBI for as long as it took to capture me.

And I couldn’t have any complaints because that’s the way it should be. Thieves should be sought out, captured and after due process thrown into jail.

However, if I am a bankster, have good government contacts, and ply money and favors to those in government, then I am treated very differently. 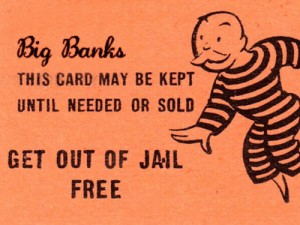 I can embark on insider trading (which is essentially what the banksters were doing when they were illegally manipulating the currency markets), I can sell loans to people that clearly can’t afford them, then take their houses away or sell on their debt wrapped up in a ‘AAA’ bundle to my richer customers, and after all that steal even more of the money my customers have entrusted to me by awarding myself and my collaborators big bonuses that none of us have earned or are entitled to.

In this scenario am I pursued by the police and FBI?

Am I thrown in jail to be the bitch of Skull-cracker Jones or Scarface Smith?

Will I have to personally pay back the money I stole?

So what will happen to me if I am a bankster?

At worst I will get a slap on the wrist and told not to do it again. Even though recent history has proved that this is no deterrent and I will do it again at the first opportunity I get.

And, of course, I don’t have to personally pay the government’s fine no matter how big it may be. Instead my company has to cough up on my behalf.

Not that the company is much bothered either because when it runs out of money it goes back to the government which hands it back at least the value of the fine and usually much, much more.

Think this system is fair? 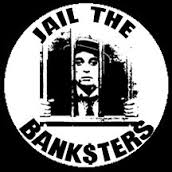