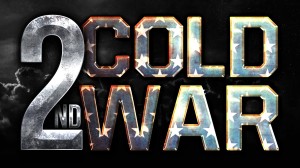 The world breathed a great sigh of relief when the Soviet Union broke apart in 1991, but somehow we’re in the middle of another cold war that nobody wants or needs.

How did that happen?

As most things do, it all started with a huge mistake. That mistake was the West, particularly America, treating Russia like a defeated country after 1991, instead of the formidable nation that it still was despite the breakup of the USSR. Mikhail Gorbachev has acknowledged that fact.

Unfortunately Americans have no clue about foreign affairs and never have had. That, plus a ton of arrogance, led us to the Ukraine which America thought it could more or less capture as an ally to be slotted into NATO. They wanted a fully armed NATO nuclear arsenal on the Russian’s doorstep.

Whoever formulated the plan, it was heavily influenced by Zbigniew Brzezinski, former US National Security Advisor during President Carter’s administration. His theory was that the only way to prevent Russia becoming a great power again was to remove the Ukraine from its sphere of influence.

Thus America initiated an eastward expansion of NATO, using the EU to present the Ukraine with a choice between Russia and Europe. Some Ukrainians, like those in the Crimea favored Russia and others in other parts wanted closer ties with the EU.

Like many other countries, the prospect of joining the EU is attractive to a significant proportion of Ukrainians. But the way America tried to bring it about was just a step too far. The Ukrainian President, who had been duly elected, was removed in what would have been called a “coup d’etat” had it happened elsewhere, or had Russia been the culprit.

That is why a lot of the tensions between the West and Russia is centered on the internal troubles within the Ukraine.

If one looks into the history of the Ukraine another significant part of the puzzle presents itself.

In much the same way as stupid English bureaucrats redrew borders in the Middle East without any consideration for the people who lived there, (for example, the Kurds), which resulted in wars and upheaval ever since, when the Soviet Union broke apart somewhere in the region of 25 million Russians were left outside the borders of Russia. A lot of them were in the Crimea in the Ukraine.

But the Ukraine had only been independent for three years in its history (1917-20), after the collapse of the tsarist armies.

The post-December 1991 Ukraine was thus a composite entity, its western regions had belonged to Poland between WWI and WWII; its eastern regions were Orthodox and Russian-speaking; and its Black Sea coast had been Ottoman.

The Crimea had never been Ukrainian until Nikita Khrushchev decreed it should be in 1954.

Thus, for anyone with any degree of understanding of foreign affairs, the troubles now being suffered by the various peoples in the Ukraine were both predictable and avoidable.

But the stupid bureaucrats in power were not able to predict it and thus the mess became inevitable. 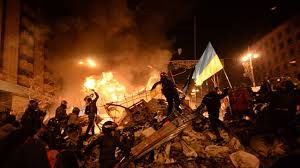 Sadly the situation has now deteriorated into what amounts to a civil war in the Ukraine. On one side there is the Ukrainian army plus “volunteer battalions”, supported by the US and its allies, and on the other the “separatist” militias who draw their support mainly from Russian-speakers in the east, and who are supported by Russia.

Outside of what is happening in the Ukraine itself, the US and EU implemented severe sanctions against Russia which have hurt, but not nearly as much as they were supposed to. In turn Russia announced counter-sanctions on food and looked to emerging markets, particularly China, to diversify its foreign trade and industrial cooperation.

And so the Cold War part two has begun and shows little sign of ending just yet.

In fact it looks like the Ukraine will remain in a mess until it gets its act together and decides whether it wants to remain on friendly economic terms with its huge neighbor Russia, or whether it will settle for becoming subservient to the whims of the US, via some kind of economic agreement with the EU.

It has a third option, though, perhaps its best option, and that is not taking sides, but rather remaining on friendly terms with both East and West.

However, they may never get the chance to choose option three. In plain language, I don’t think that the people who arrange assassinations and coup d’etats will let them do that.

Meantime, summer or not, the chill continues. 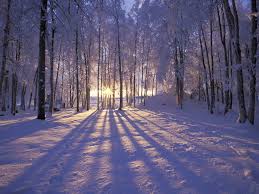