As they always do, the idiots that run these financial institutions saw something they thought was going to last forever and threw their money and their clients’ money at it without reason.

Nowhere was this type of recklessness more apparent than during the sub-prime fraud when the banksters lent money to people who clearly could not afford it and then sold on those loans as bogus ‘AAA’ securities to their wealthy customers and other buyers who mistakenly thought that the banks would not try to con them. 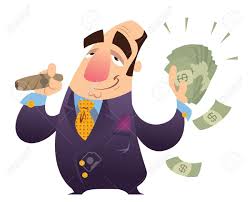 Well the banks have done more or less the same today.

Banks have been lending hand over fist to oil companies and those who service the energy sector. They have lent billions of dollars that  –  now the oil price has plummeted  –  has no chance of being paid back. They have underwritten bonds, lent money on expensive fracking operations and even financed the speculative building of homes for oil workers.

It was good while it lasted. But it didn’t last long!

In the 1980s something similar happened when energy prices also slumped. Texas was particularly hard hit and many banks either collapsed or had to be rescued because of their bad loans to oil companies and to local real estate developers speculating on the oil boom.

The bankster’s greed and stupidity means that their banks are going to take another financial hit, they are going to lose more of their customers’ money. Time for another round of big bonuses, if the last disaster is anything to go by!

Obviously they have been too stupid to learn from the past. Not surprising really. 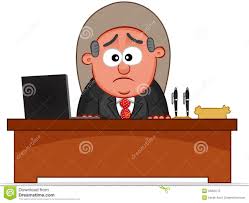 But the big question is what will government do this time?

Has it learned anything?

Will the government let the banks suffer the consequences of their own stupidity, as they should have when the sub-prime catastrophe hit?

Or will they again use OUR money to bail the banks out, making some nonsense excuse that these companies “are too big to allow to go under”?

And we are talking about BIG banks. Wells Fargo, for example, a huge financial powerhouse, made approximately 15 percent of its investment banking revenue from the oil and gas industry during 2014. Another biggie, Citigroup, was much the same, with this sector accounting for around 12 percent.

And it’s not just in America that the pain is being felt this time.

In Canada, which largely avoided the worst of the sub-prime debacle, some of their leading banks could face an even sharper decline in revenues, so reliant is the whole country on the energy and resources sectors. One of Canada’s biggest banks, Scotiabank, derives approximately 35 percent of its investment banking revenue from oil and gas companies, according to 2014 figures.

Usually they make loans like these and sell them off to unsuspecting investors, however, with the very public fall in oil prices that everyone knows about, firms that financed energy deals are now finding it harder to offload this debt.

As an example of their problems, according to a recent NYT report, Morgan Stanley, was among a group of banks that made $850 million of loans to Vine Oil and Gas, an affiliate of Blackstone, a private equity firm. They are still trying to sell on that debt, but no one is buying. Goldman Sachs and UBS led a $220 million loan last year to the private equity firm Apollo Global Management to buy Express Energy Services. Not all that debt has been sold to other investors either so they are left holding that baby too.

That’s only loans to the oil companies and speculators. Some of the worst loans made by the banks have been to a multitude of companies that provide services to the oil industry. Some of these services companies, lured by the oil boom, are relatively new and/or small and probably under-capitalized so their debt burden can quickly drag them under when projected profits fail to materialize.

Naturally you can expect that the banksters will use all their lobbying and political power to make sure the government steps in again.

But the truth is the government really does not need to (they didn’t the last time either). The ‘to-big-to-fail’ banks may lose on their energy bets, but they will recoup a lot of that money from ordinary people like you and I.

Lower oil prices means that we need less cash to fill up our gas tanks or heat our homes, so the chances are we will feel a bit freer to use that credit card or maybe even take out a mortgage.

Of course, for the banksters that’s a slow way to riches. They want that business for sure, but they will also want the government to write off their other bad loans too.

Let’s see what happens this time.