A few more bad jokes wrapped up as puns. I am slightly amazed, but also pleased, that the puns have been received so well by most readers. So it wasn’t only me!

Lightning sometimes shocks people because it just doesn’t know how to conduct itself.

When the cannibal showed up late to the luncheon, they gave him the cold shoulder. 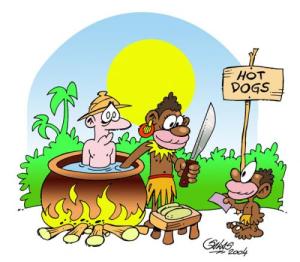 The experienced carpenter really nailed it, but the new guy screwed everything up.

The one who invented the door knocker got a No-bell prize.

A noun and a verb were dating but they broke up because the noun was too possessive. 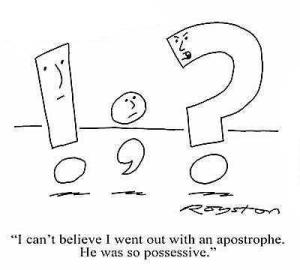 I didn’t want to buy leather shoes, but eventually I was suede.

For plumbers, a flush beats a full house.

A thief who stole a calendar got twelve months.

I just got my permit to harvest shrimp in the Antarctic. Now I have a licence to Krill.

I don’t think I need a spine. It’s holding me back.

What did the triangle say to the circle? You’re so pointless.

I probably have blind spots, but I don’t see them.

After winter, the trees are relieved.

Calves take well to bottle feeding because one nipple is as good as an udder.

The shareholders of a compass manufacturer were concerned that the company wasn’t heading in the right direction.

The lights were too bright at the Chinese restaurant so the manager decided to dim sum.

The proctologist reassured the patient that his condition could be rectified.