Back at the end of July in a previous Sunday Sermon I wrote that:

“Troops are being sent to Syria and soon we’ll get bogged down in another mess that’s none of our business and will probably take many years and many lives to get us disentangled from – leaving behind chaos and confusion and a worse situation than the one we tried to fix.” 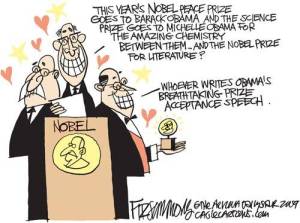 Of course it’s still being denied by Nobel Peace Prize winner Obama and his administration, but there is little doubt now that Syria is next on their war hit list and we are indeed about to be bogged down in another bloody mess.

Already naval and ground forces are being positioned, for example, the cruise missile laden USS Gravely, USS Ramage, USS Barry and USS Mahan are all in the eastern Mediterranean.

The only remaining part is to con-vince the American public, who do not want another Middle Eastern debacle, that they are wrong and that a strike on Syria is essential for their future well being.

The pretext that is going to be used this time is ‘evidence’ of the alleged use of chemical weapons by the Assad regime against the rebels. And the people that are being relied on to provide that ‘evidence’ are the very same people who provided false ‘evidence’ that Saddam had weapons of mass destruction.

Everyone now knows and accepts that the WMD excuse for getting embroiled in Iraq was a deliberate deceit – otherwise known as a ‘lie’ – so the track record of the ‘evidence’ providers is neither good nor credible.

Already government apologists are making statements about how Syria had “used them [chemical weapons] before”, which is untrue. UN investigators charged the rebels, not Assad’s government’s forces, with use of chemical weapons in Syria earlier this year. Strangely (or perhaps not) Obama did not feel such a moral necessity to send a missile or two towards the rebels, instead he gave them more support.

Now add to that another good pinch of hypocrisy.

The first, because the rebellion now taking place within Syria would not have happened without the financial and military assistance of the US, along with Israel and Saudi Arabia. The hypocritical part of it all is that these three nations are in fact supporting people who, if successful, will become even more bitter enemies than the Assad regime.

For example, 64 percent of the French people have said they don’t want to get involved, but as in America the ‘people’ don’t have a say on the final outcome.

In Britain the Conservative Party Prime Minister David Cameron got a very embarrassing slap in the face in Parliament when he tried to emulate the lies of previous Prime Minister Tony Blair but lost a vote on military intervention in Syria. His spin doctors will be working overtime to cook up a good story for the next debate. 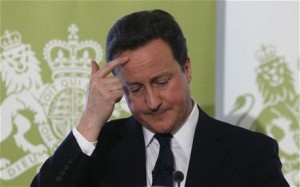 And it is plain that the majority of ordinary Americans do not want the President they elected on the promise of getting their troops out of Iraq and Afghanistan, plunging them into another conflict which could prove to be as bloody if not bloodier. So plain in fact that until late Friday Obama had planned bypassing Congress obviously trying to avoid a similar embarrassment to that which was suffered by British PM Cameron.

Think this time it will only be a few missiles and drones and that troops won’t be involved? After all Obama has said “We’re not considering any boots on the ground approach”.

Then you need to think again.

Sure, at the outset Obama will try to fool the public by limiting attacks to missile strikes, but these alone won’t be enough. Even in today’s high-tech world you can’t wage wars without those boots on the ground. And in those boots are brave, but misled men and women, some of whom will lose their lives or be maimed as a result. 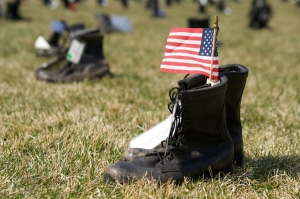 The doomsday pundits are saying that all this posturing and war mongering by Obama could spiral into something worse. Possibly even be the start of WW3. Unfortunately grandiose claims like these only serve to lessen the credibility of those who are arguing against another foreign intervention.

Putin seems to have more sense than Obama. The Russians have already made their mistake in Afghanistan and are unlikely to do it again. Even less do they want to start or become involved in, a major conflict – not at the moment anyway.

China has little interest in getting involved in a conflict in the middle east either. They will take the long view, and, as they did with Iraq, they will let the US waste billions more dollars blowing things down and building them up again and then they will step in and secure more oil supplies for themselves.

If it does get down to the nitty gritty one possibility that is more realistic is that the conflict could spread to other nations within the Middle East.

Iran for example has a mutual assistance pact with Syria. It also knows it is next on the US hit list so the longer the US is focused on Syria the longer it will postpone an attack on itself. It is not beyond imagination therefore that Iran could send arms and even troops to assist Assad.

Neither is it unreasonable to imagine that, if missile strikes on Syria result in retaliatory Syrian missile attacks on Israel, Israeli troops will also be sent into Syrian territory, with US forces backing them up shortly thereafter.

That is boots on the ground, no matter what denials you currently hear.

However it pans out, two things are certain. ‘Evidence’ or no ‘evidence’ Uncle Sam will stick his nose in once again. And if it all goes pear shaped, as it most likely will, then UP is the only way your gasoline and heating oil prices will be heading. 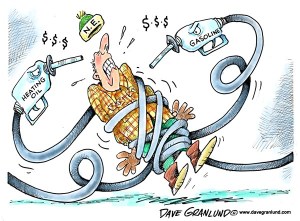