I always think it’s nice when someone agrees me. Even more so when they are well versed in the subject matter.

Charles Munger is such a guy. And he agrees with me, or at least he would do, had he read a post I wrote recently about Burger King’s move to Canada to avoid high US corporate taxes. (Click here if you want to read it.)

Anyway, we’re saying the same thing, and that’s what matters.

For those readers who don’t know who Charles Munger is, he is vice chairman of Berkshire Hathaway Inc., the world famous investment company headed by Warren Buffet, one of the richest men in the world.

Munger says people who criticize Burger King’s plan to shift its headquarters to Canada, where tax rates are lower, are “stark raving mad”. What they should be calling for are cuts in corporate taxes to encourage business to stay in the US and even relocate there.

More than 40 U.S. companies have reincorporated abroad since 1982.

In fairness it has to be said that Munger does have a vested interest of sorts to stick up for Burger King. Berkshire Hathaway committed $3 billion to help finance Miami-based Burger King’s planned takeover of Tim Hortons Inc., the doughnut maker with headquarters in Oakville, Ontario. 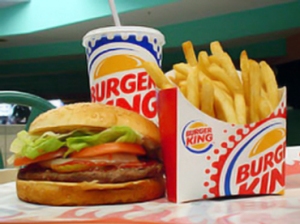 But that’s not why he said what he said. He is smart enough to know what is good for business generally and levying hefty taxes on corporations is not good. In fact he said, “If I were running the world, I would probably have low corporate taxes and get at the well-to-do people in some other way, like consumption taxes.”

Unfortunately President Barack Obama isn’t so smart. He has continued to criticize American companies that move to other nations in search of lower corporate tax bills.

And his Treasury Secretary, Jacob J. Lew, has recently announced new rules aimed at making it more difficult for American companies to lower their tax bills by relocating overseas and that would wipe out the benefits for those that do.

The changes will affect only deals that are completed from now on. But they could include pending inversion deals, like the one involving AbbVie, an Illinois-based pharmaceutical company that is in the process of acquiring its smaller British rival, Shire, or the Minneapolis medical device maker Medtronic, which is acquiring Covidien in Ireland.

And if the government continues on this path what will happen?

I think if US companies are prevented from making these kind of deals by ever greedy and intrusive government legislation they will simply close down altogether in the US. Wealth creation will be lost, many thousands of jobs will be lost and America will lose its long held position as the commercial powerhouse of the world.

When the American people were offered “Change” I don’t think this is what they were expecting.