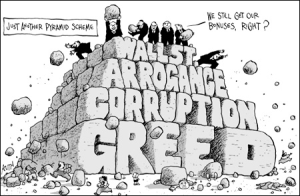 They say rats squeal when they are being hunted and nearing capture and they’re right.

None more so at present than the rat banksters and nowhere more so than on Wall Street. If you listen carefully you can hear them squeal even above the noise of the New York traffic.

And the reason for the squealing?

Only that federal authorities are at long last closing in on some of the worst culprits whose greed and contempt for their clients caused the financial crisis we have all be suffering from during the past decade and more.

But before you start clapping the feds on the back, let me say it is too little and too late. None of the banksters are likely to face jail sentences which is what they deserve for their crimes against the people. 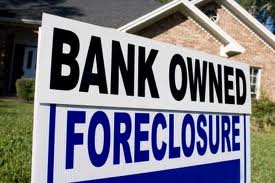 However, it is something and these days that’s about the best you can hope for.

In terms of the numbers, the banksters are facing fines of something in the region of $63 billion.

Wow, listen to them squeal!

It seems like a lot of money – and it is a lot of money, it could keep all of us blogging away happily for the rest of our lives and then some. But put in the context of what the banksters defrauded their clients out of and what they lost it is just a pittance.

Putting the figures into context, J P Morgan Chase’s $13 billion mortgage settlement in November was probably some kind of record, but they issued more than $460 billion in mortgage securities.

To illustrate it in numbers people can relate to better, that’s like a thief stealing a thousand dollars from you and getting away with it if he paid you back $28.

I bet the amount of the settlement doesn’t seem so big now. Nor is it commensurate with the size of the crime. But that’s what they’ll probably get away with. And they’re not even grateful for this small smack on the wrist, hence all the squealing.