A slight break from the usual today.

Never one to hide from controversy, I want to open up a discussion on a subject that has over the years been debated intensely but never proved conclusively.

Let me set the scene. 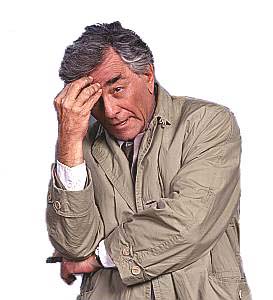 One of the most enduring characters on television has to be Lieut. Columbo, the short, disheveled, cheap cigar smoking, eccentric detective of that name, who by persistence, dogged investigation of the clues and a deceptive intelligence, always managed to get his man, or his woman.

Now I know you could have driven Columbo’s beat up Peugeot through some of the holes in the plot lines, but that aside, Peter Falk’s unique interpretation and portrayal of the character always made for enjoyable TV watching. Even the repeats, of which there have been many over the past three decades or so. 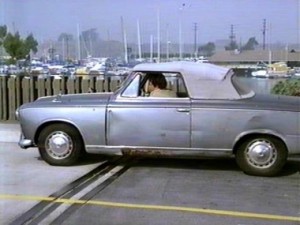 There’s no argument, or there shouldn’t be, as to Falk’s acting ability. Although known by a lot of people only as Columbo, he also played many other roles both on the big screen and on television.

But Falk also had a disability. He lost an eye due to a childhood disease and as a result for most of his life he wore a glass eye.

And that gets us to the great debate I was telling you about in the intro to this post.

In the Columbo series, there is nothing in the scripts that indicates that Lieut. Columbo had been injured as a policeman or in an accident.

So the big question is, as Lieut. Columbo, was Falk’s glass eye a glass eye, or was it a glass eye playing the part of a real eye? 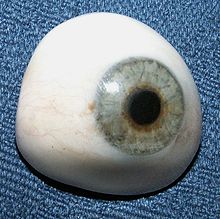 I used to think that we were the only people whose minds were warped enough to think up a question like this, but apparently others have been asking the same question and I have even on one occasion heard the subject mentioned on TV.

So what is the answer?

Do you know, or do you have an opinion one way or the other?

If you have, please let me know. There are already far too many uncertainties in the world at the moment. One less would help things along greatly!