Another rant cunningly disguised as a Sunday Sermon.

Some people say we should be grateful we get told anything at all nowadays. We certainly can’t rely on our governments being honest with their people. In fact, as we have discovered recently, they would rather spy on us and gather secret dossiers on our activities. Much more reminiscent of Stalinist Russia than the Land Of The Free. 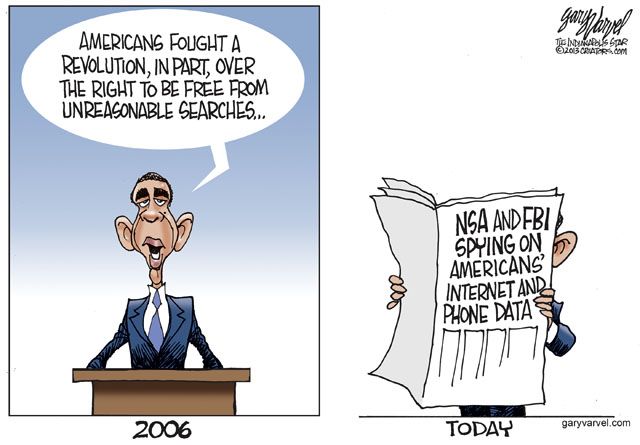 A big part of the problem is that in what passes for ‘democracy’ in Western nations, the people are told they have the power to elect whoever they think will be the best rulers, but they are not allowed the tools to do so effectively.

People are encouraged to vote party lines, rather than think about which candidate has the greatest ability.

The Western media compounds the problem by drip feeding information to us on a “what THEY think WE need to know basis”. In doing so they censor and simplify, and more often than not sensationalize that information to the point of it being almost useless.

Naturally the politicians love it that way. An uninformed population makes uninformed decisions at election times, casting their votes for the candidate who has the nicest shirt or some other reason unrelated to political policy and philosophy.

That’s one of the reasons you got the government that is in power – so if you voted them in you did so without knowing all the facts – or maybe any of them!

Not that there was much of an alternative. And it doesn’t matter what country you happen to live in either. Politicians worldwide, like bureaucrats, seem to be cut from the same cloth.

But that’s only part of the problem.

Bad enough that uninformed people make uninformed decisions and elect the wrong people. But worse is the fact that the people they elect are equally badly informed, their lack of knowledge becoming very clear quite quickly after they are elected.

Take America for example. Not the only culprit by any means, but the biggest one because of its size and the power and influence it wields throughout the world.

We all know that the economy is in a horrendous mess, with the administration seemingly clueless as to how to get us out of it. We’ve talked about that before and no doubt will do so again. 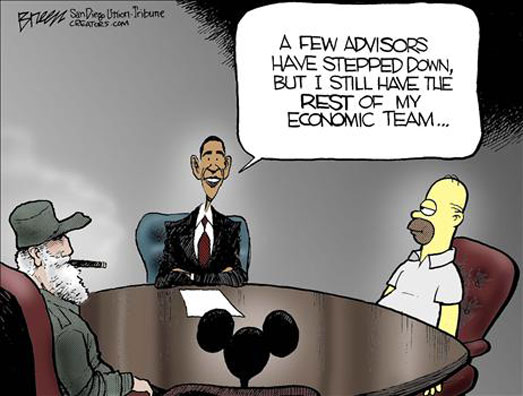 But if we were giving out grade marks for America, the ‘F’ minus with at least two exclamation marks would have to go to its understanding of foreign affairs. It’s not a case of ‘could do much better’ but more of a case of ‘couldn’t do much worse’.

Recent history is littered with foreign debacles. Vietnam, Somalia, Lebanon, Serbia, Iraq, Afghanistan, Libya, and now North Korea, Syria, and Iran are just some of the places where America, and sometimes its allies such as Britain, have tried to interfere only to make things far worse.

To the insult of causing the needless deaths and horrific injuries to the brave souls who put themselves in harm’s way because of these political idiots, they add the bigger insult of trying to excuse their foreign ‘crusades’ by lying to their own people.

Saddam Hussein used to be a ‘friend’, even being granted the Keys to the City of Detroit because of his charitable gifts. Then a few months later they made up blatant lies about his having developed weapons of mass destruction and he became the arch demon of the Middle East. Saddam was no saint that’s for sure, he was an evil man, but he had no weapons of mass destruction and he had nothing to do with Al Quaeda or the  9/11 attack, yet the US Administration went gung-ho to invade Iraq and take him out. Result – a bigger potential threat for the future.

All the years Col. Gadaffi was supporting terrorist attacks in Israel and Britain and Ireland he wasn’t touched, apart from the odd cruise missile sent his way more for publicity than any lasting affect it had on him or his country. Then when he became an ‘ally’ in the war against terror he was killed, leaving behind a country in a complete mess and opening the way for radical groups to take over. Result – a bigger potential threat for the future.

You could say exactly the same thing for Egypt or Syria or almost anywhere else where noses have been stuck in where they aren’t wanted.

Far from winning friends and influencing people, it’s almost as if America’s leaders want to create enemies and store up trouble for the future. Either this is a deliberate covert policy or it is the result of chronic stupidity.

Whatever the reason, it is costing the country far too much, both in terms of lives and money. Our politicians need to be told to get a grip on things in their own country before interfering in foreign lands where they clearly do not understand the damaging consequences of their ill-advised actions.