Welcome to another selection of fasab’s facts for fun.

A more than random list of unusual facts that may come in handy some day. I wouldn’t count on it, but you never know. It has happened believe it or not!

So read on and enjoy.

The only U.S. president to have been the head of a union

a former president of the Screen Actors Guild. 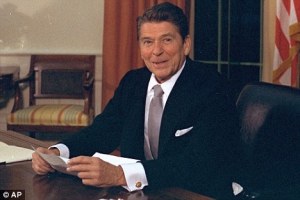 Just proving that not everybody is all bad,

“Pretty Boy” Floyd, one of America’s most notorious bank robbers,

was known for destroying mortgage papers, 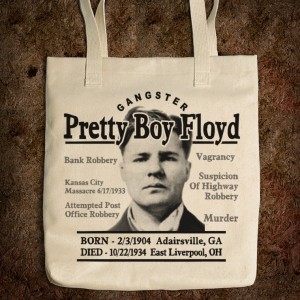 A man in China has kept himself alive with

a homemade dialysis machine for 13 years.

Divorce is legal in every nation in the world

except in the Philippines and in Vatican City.

In 1755 Benjamin Franklin organized the first

between Falmouth, England, and New York,

and opened the first official post office in Canada

(in Halifax, Nova Scotia), to link Halifax with

the Atlantic colonies and the packet service to England.

About half the geysers on Earth

are located in Yellowstone National Park.

Your brain makes imaginary monsters when you stare in a mirror.

(Either that or you don’t look as good as you thought!)

While most of it lies in Africa,

a small part of Egypt is located in Asia, as well.

The White House has a variety of recreational facilities

available to its residents, including a tennis court, a jogging track, 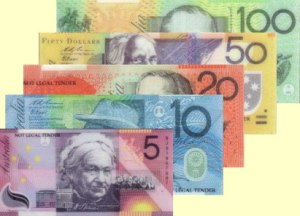 A skunk’s smell can be detected by a human a mile away.

when a dropped match ignited her enormous hoop skirt.

Alabama was the first state to

recognize Christmas as an official holiday.

If your eyes are six feet above the surface of the ocean,

the horizon will be about three statute miles away.

The longest freshwater shoreline in the world

is located in the state of Michigan.

It can kill a person in less than 15 minutes

In 1876, the first microphone was invented by Emile Berliner.

to score a perfect 10, the scoreboard wasn’t prepared.

The accent that Mike Myers used for the character Shrek

came from the accent that his mother would use

when she was telling him bedtime stories when he was a child.

Thieves are not usually renowned for their massive intellects, save for an elite few who will be the subject of a future post on my blog. Statistically about one third of bank robberies in the United States fail, with 15 percent of the robbers being arrested at the scene. Approximately fifty percent, or half, are solved within 30 days.

But the perception remains in the minds of the would-be robbers that they’ll never be caught.  Had they any sense at all they would figure out that getting away from the scene of their crime is every bit as important, if not more so, that getting to it in the first place. After all, if they get caught what was the point of the whole thing anyway?

Sometimes getaways can go just as planned. Sometimes, as illustrated by that excellent Steve McQueen movie “The Getaway”, they require a little bit of flexibility and adjustment. And sometimes, when little thought and planning has been done they turn into disasters.

Today’s selection is about six would-be robbers whose plans were, let’s just say, not as well thought out as they could have been had anyone with a brain been involved.

A severely intellectually challenged gang that masterminded a £175,000 robbery in England made one huge blunder.

They used a getaway driver with no arms.

After they raided a jeweler’s shop in Essex, the four gang members jumped in John Smith’s waiting car and took off as police gave chase.

Unfortunately things got complicated as eighteen year old Smith, who cannot dress himself and lives with his mother, had no arms below his elbows and, being Britain the land of the stick shift (why?), his gang members had to help change gears.

Remarkably they drove for 30 miles before crashing.

Smith was given a 12-month youth custody sentence, suspended for two years.

A Romanian smuggler, Janos Jakab, took the term a bit too literally with this getaway vehicle.

He was caught while trying to outrun border police with a $500,000 load of cigarettes and tobacco on his horse and cart.

After police challenged him as he crossed Romania’s northern border with the Ukraine there was what was described as ‘a short chase’, as police easily overtook Jakab, arrested him and confiscated his cart.

A spokesman for the local border police said: ‘In general smugglers are becoming more and more sophisticated in their methods of getting contraband across borders.

‘But this case proved the exception to the rule.

‘We have a fleet of high-powered vehicles that can chase down the fastest cars,’ he added.

‘Outrunning our officers was never a possibility – even if he had a thoroughbred racehorse strapped to his cart.’

A Houston woman, identified only as Blanca, was cashing a check at the Chase bank in Uvalde, Texas, when armed bank robbers stormed in.

She was so frightened she ran out to the first car she saw and drove away.

She said the car was on, so she floored it, desperate to escape. She drove a few miles from the bank, pulled into a parking lot, fell out of the car and ran into a store, screaming for help.

But what she didn’t know was, she’d just stolen the robbers’ getaway car – which, police said, they had stolen from someone else.

“Then, they arrested me, and they said, ‘You’re the one that stole a stolen car.’ And I’m like, ‘Oh my God, it was their car,’” Blanca said.

As for the robbers? They simply carjacked another vehicle and are still at large.

According to police in Palo Alto, CA, a bearded, grey-haired man in his sixties held up a branch of the Wachovia Bank with a handgun while in a wheelchair.

The man had bandages on his legs, and his right leg was held out straight during the robbery.

Having completed his heist, the man trundled off down the street.

Authorities are looking for a white Ford van that they suspect he may have been lifted into. Police also note that they’re not sure if the man was genuinely disabled, or if the wheelchair was part of a cunning disguise.

A man in Osceola County, Florida, tried to rob a Lowe’s outlet.

Making his escape with his ill gotten gains he first, he tried to run across Pleasant Hill Road, but a white pickup truck was blocking his way. So he walked up to the driver and punched him in the face.

Deputies said Hodges then stole a golf cart from a nudist community near the Lowes store.

By that time, deputies were already at the scene to make the arrest.

In Kuala Lumpur, Malaysia two stupid armed raiders could have escaped with more than $1million after hijacking a security van full of cash, if they hadn’t forgotten the first law of bank robbery, that is.

One of the dumb duo drove the hijacked van away while the other followed in a small car.

However when the time came to ditch the van and transfer the loot to their getaway car they discovered that they had to leave half the money behind – because their car was too small.

The van was later recovered with the remaining half of the money still inside.

“The bags are quite big. I consider them quite stupid. Their planning was very shortsighted,” Police Chief Shakaruddin Che Mood said.

In Brisbane, Australia, a robber wearing a skull mask and carrying a gun entered a bak in the Grand Plaza Shopping Center at Browns Plains.

Unfortunately rather than holding up the staff at the bank, the unfortunate robber was held up himself when he ran smack bang into a set of glass doors.

The sound of his collision with the automatic sliding doors alerted bank staff to his presence and they sounded the alarms.

And finally a short video courtesy of Monty Python