A few days ago I had a bit of a rant against the banksters. You’d have thought that would have done me for a while but there’s more, prompted by yet more procrastination and what can only be called undiluted BS from high government officials. 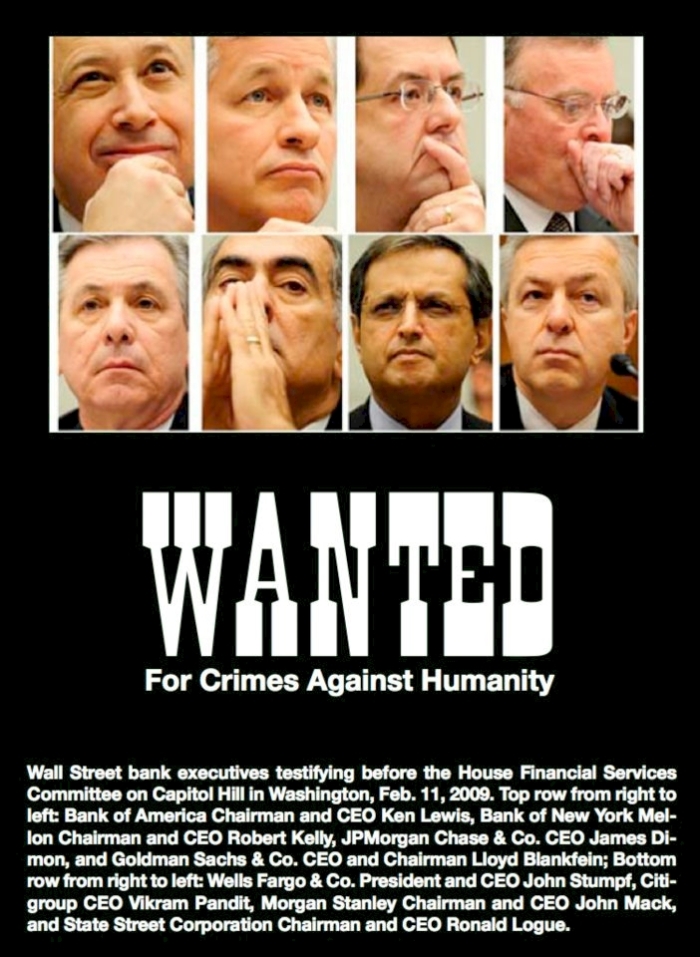 This time the main culprit is Attorney General Eric Holder, who Wednesday last testified before the Senate Judiciary Committee.

He told them that he is concerned that some institutions have become so massive and influential that bringing criminal charges against them could imperil the financial system and the broader economy.

Where have we heard that one before?

It’s just his version of the “too big to jail” bollocks that we have been hearing from these gutless government wonders for the past five years.

And unfortunately he isn’t alone in this cowardice. A growing number of lawmakers have effectively suggested the same thing.

Home of the brave? Not as far as these bureaucrats are concerned. They would much rather throw the weight of their bureaucracy against small businesses struggling to stay afloat in the economic storms created by the banksters than tackle the real problem, i.e. the banksters themselves. 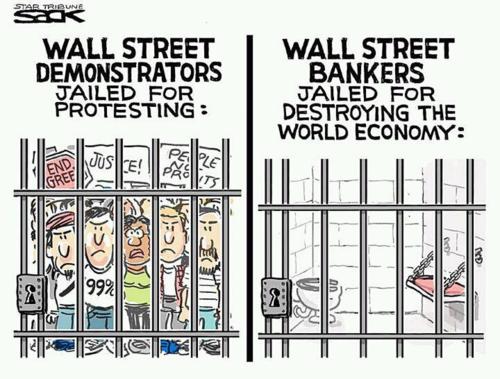 On the brighter side, if there is one, Holder’s comments and those of his conspirators should bolster an increasingly vocal group of politicians who argue the nation’s biggest banks have become too large and need to be curbed.

Among this group are Sens. Chuck Grassley (R-Iowa) and Sherrod Brown (D-Ohio) who pressed Holder on the issue in a letter sent in February, airing their disappointment that no major criminal charges had been filed against banks or their employees in the wake of the financial crisis.

Also Sen. Elizabeth Warren (D-Mass.) blasted financial regulators during a separate hearing for failing to bring any major financial institutions to trial since the meltdown.

Of course when questioned by Sen. Grassley, Attorney General Holder tried to slither out of answering the issue by saying that, “The concern that you have raised is one that I, frankly, share.”

However, he then quickly added that ultimately the best deterrent would be if they could bring charges against individuals instead of companies, BUT that all of the bad behavior on Wall Street leading up to the crisis may not necessarily have been criminal and that his criminal team has been “as aggressive as they could be.”

In other words, too big to jail yet again. And the government, still afraid to act, continues to pretend to do something while actually doing nothing.

So over to you America.

You elect these cronies and cowards, or the people who appoint them. 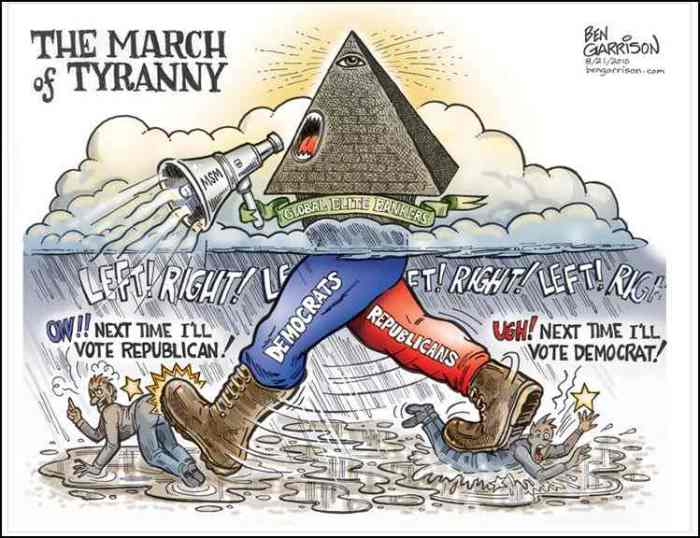